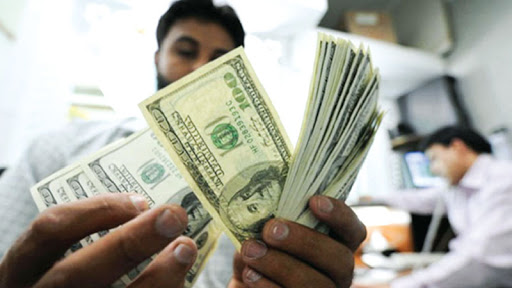 Bangladesh’s economy saw robust growth in remittance inflow as expatriates have sent a record $21 billion in remittance so far in 2020 despite the global economic meltdown caused by the coronavirus pandemic.

The country’s forex reserves have crossed a milestone of $42 billion, the highest ever in the country’s history riding on a steady remittance inflow and sluggish imports.

Experts and economists identified four key reasons behind the rise in remittance inflow. The key factors include 2 per cent cash incentive for remittance, increased use of legal channels in remittance transfers, widened income opportunities for expatriate workers in service sector during the pandemic and a tendency of remitting savings due to prevailing uncertainty in the host countries of Bangladeshi workers.

Kazi Sayedur Rahman, deputy governor of the central bank, told the Daily Sun that the foreign reserves have reached new heights of $42 billion mainly due to the remittance sent by expatriates."

Despite the World Bank’s prediction in April that Bangladesh inward remittances might fall by around 22 per cent in 2020 following the global crisis caused by the COVID-19 pandemic, remittance inflow soared to $21 billion in 2020 from 18.33 billion in 2019.

Besides, the prime minister gave special emphasis on discussions with the host countries of Bangladeshi expatriates so that the stranded workers can return to work after the pandemic, he said.

“We always respect the expatriates as they play an important role in our economy by sending remittance and we are providing 2 per cent incentive against their contribution as an acknowledgement of their effort,” Mustafa Kamal said.

The government established many technical and vocational institutions in the country in the last few years and a good number of youths have been completing their education every year. Bangladesh will be able to export skilled and semi-skilled manpower to different developed countries including the EU and Canada, he added.

Replying a query, he said, “We have already started to send skilled manpower to Japan, Singapore, South Korea and we can send our skilled youths to other developed countries for various jobs as per their requirements. This will help boost remittance further.”

Bangladesh’s yearly remittance earning soared from $11.65 billion to $18.2 billion in the last 10 years.

Remittances to South Asia are also projected to decline by 22 per cent to $109 billion in 2020, following the growth of 6.1 per cent in 2019, according to the World Bank.

In FY 2019-20, Bangladesh fetched $18.3 billion in remittance despite the adverse impact of corona pandemic in the global economy. The country’s remittance earning was only $11.65 billion in FY 2010-11.