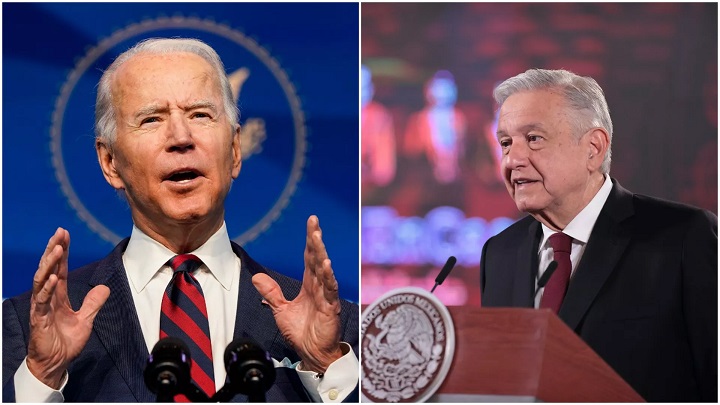 US President-elect Joe Biden told Mexico’s president Saturday he was committed to addressing the root causes of poor Latino migrants crossing the border into America.

Outgoing President Donald Trump made tightening the southern frontier against what he called the free and dangerous flow of people entering the US from Mexico and Central America a key pillar of his US-centric policy on immigration, including his fitful plan to build a border wall.

“The two leaders noted a shared desire to address the root causes of migration in El Salvador, Guatemala, Honduras, and southern Mexico and to build a future of greater opportunity and security for the region,” the team said.

The border is a major crossing point for migrants fleeing poverty, drug-related violence and other woes in Mexico and Central America.

Lopez Obrador, a leftist, had cordial relations with Trump but it was only this week that he finally congratulated Biden on his win in the November 3 US election.