Complaining to foreigners is main task of BNP: Quader 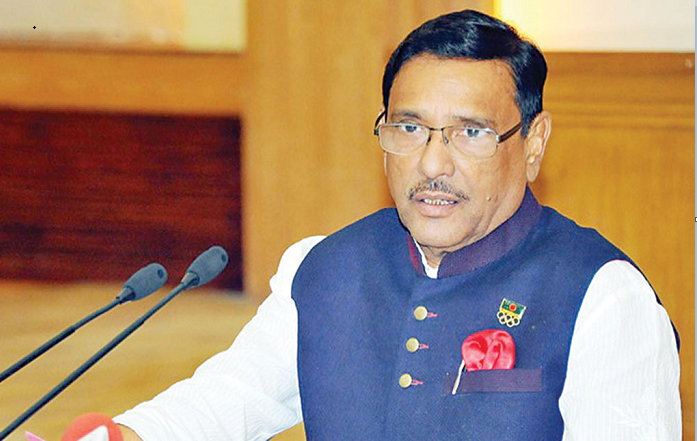 “As a political party of the independent country, BNP has revealed its political bankruptcy by seeking support of foreign forces to go to power ,” he said.

Quader was addressing a discussion marking Victory Day and inaugural ceremony of Bangabandhu, Liberation War and Bangladesh Corner at Setu Bhaban in the city.

He said those who cannot accept the country by heart and soul, they are patronizing the anti-liberation forces.

BNP is now hatching conspiracy to create unrest in the country to fish in muddled water, he added.

“These evil efforts will have boomerang effects for BNP as the people are very conscious now. The people don’t respond to BNP’s negative politics. That is why BNP wants to take revenge on the people,” he said.