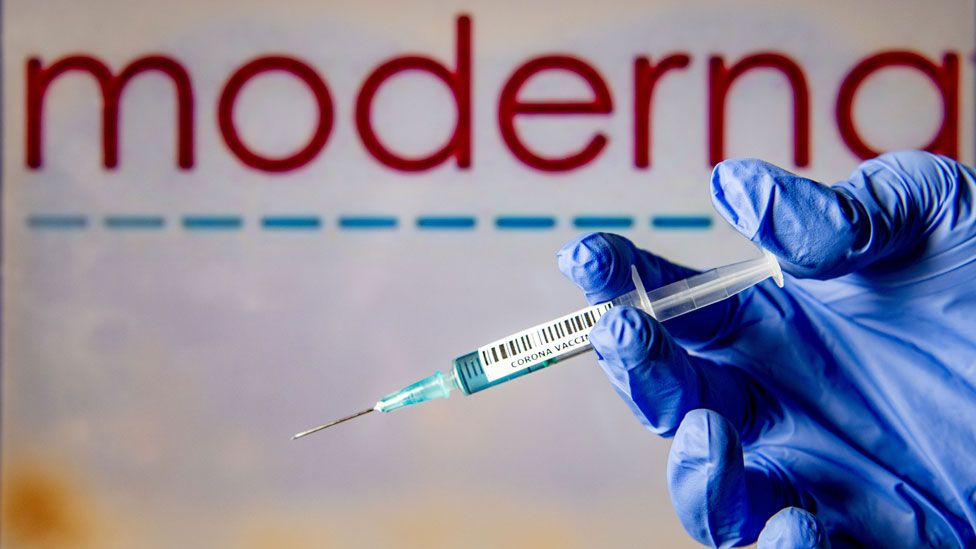 Moderna's vaccine is safe and 94% effective, regulators say, clearing the way for US emergency authorisation.

The analysis by the Food and Drug Administration's (FDA) means it could become the second coronavirus vaccine to be allowed in the US.

It comes one day after Americans across the country began receiving jabs of the Pfizer-BioNTech vaccine.

Unlike the Pfizer vaccine, the Moderna shot does not require ultra cold storage during shipping.

Moderna's data was released by the FDA on Tuesday, ahead of the vaccine panel's meeting to discuss the drug on Thursday.

The news comes as the US coronavirus death toll passes 300,000, according to Johns Hopkins University.

What did the new data show?
The 54-page document said there were "no specific safety concerns" and that serious adverse reactions were rare.

If approved by the team of experts later this week, and by the FDA's vaccine chief, shipments could begin within 24 hours.

Covid: When can I get vaccinated in the US?
What you need to know about vaccine safety
The FDA found a 94.1% efficacy rate out of a trial of 30,000 people, according to the document they released.

The most common side effects included fever, headaches, and muscle and joint pain.

Moderna was founded in 2010 and so far has never had a product approved by the FDA.

The company's stocks have seen a nearly 700% increase so far this year.

How does it differ from the Pfizer jab?
The Moderna vaccine requires temperatures of around -20C for shipping - similar to a regular freezer.

How will we keep the vaccine cold enough?
Like the Pfizer jab, the Moderna vaccine also requires a second booster shot. Moderna's second jab comes 28 days after the first.

The company is based in Cambridge, Massachusetts, and has said that if approved, the "vast majority" of its vaccine would be manufactured there.

Pfizer's drug is being manufactured in several countries, including Germany and Belgium.