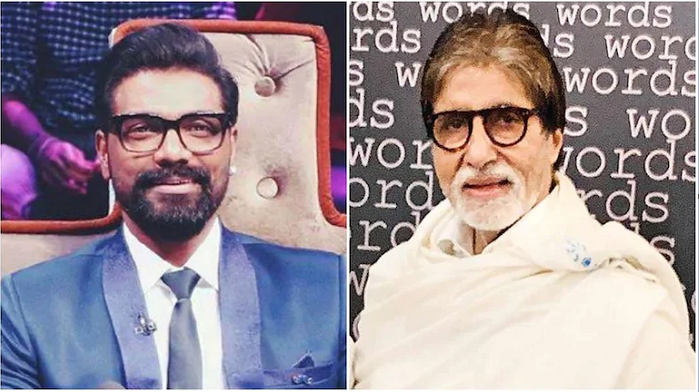 Retweeting a throwback video clip, shared by a fan, Amitabh wrote: “.. get well Remo .. prayers !! and thank you for your wishes.” In the clip, Remo was seen praising a performance by a team of participants in a popular dance reality show, co-judged by Shilpa Shetty. In it, Remo said he had always been a big fan of Amitabh and a popular dialogue from Deewar by the veteran actor was always a memorable one for him. He also complimented the team for recreating the said dialogue and added that after Amitabh’s rendition of it, their performance would be etched in his memory for all times to come. The participants thanked him for the compliment.

In a tweet preceding this particular one, the team of dancers was seen recreating the scene from Deewar. Sharing it, Amitabh wrote: “ufffff .. aur kya keh sakta hoon main !!”

On Friday, Remo was admitted to a hospital on Friday after he suffered a heart attack. According to sources close to the family, quoted by PTI, the 46-year-old director was in the Intensive Care Unit of the Kokilaben hospital. “He had a heart attack. There was a blockage. For now, doctors have done angiography and he is currently in the ICU.” The hospital sources had said on Friday afternoon. “He’s stable now and under observation.”

Actor-dancer Raghav Juyal took to his Instagram to share a health update for fans. He said the filmmaker-choreographer is on the path to recovery. Juyal, who has worked with Remo D’Souza in dance films ABCD 2 and Street Dancer 3D, said, “Guys sir is fine now. He is a strong boy. He is already recovering and will be back with me on a trip to the mountains soon. @remodsouza @lizelleremodsouza. Just send him healing energies everyone, that’s it,” the former Dance India Dance contestant wrote on Saturday.

D’Souza is one of the leading choreographers in Bollywood, after having worked on films such as Tum Bin, Kaante, Dhoom, Rock On and Yeh Jawaani Hai Deewani.