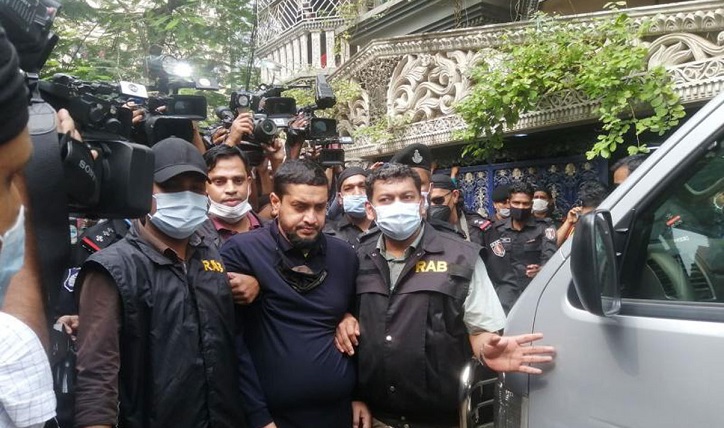 Earlier on December 10, the court ordered to send Golden Monir to jail as he was produced after remand in three separate cases under the Arms and Explosive Act, Special Powers Act and Narcotics Act.

On the same day, his lawyer applied for bail in a drug case when the court set today (Sunday) for the hearing.

On November 20, RAB surrounded Monir’s house in Badda of the capital.

During the eight-hour operation till noon on November 21, 6998.4 grams of gold jewelry, foreign pistols, liquor, huge amount of currency of 10 countries and cash of Tk 1.09 crore were seized from the house.

According to RAB, Golden Monir owns more than two hundred plots and flats in Dhaka and surrounding areas.

He seized numerous plots through forgery with the connivance of some RAJUK officials. However, Monir initially admitted to own 30 plots and flats.

Also, two luxury cars worth Taka 3 crore each have been seized.