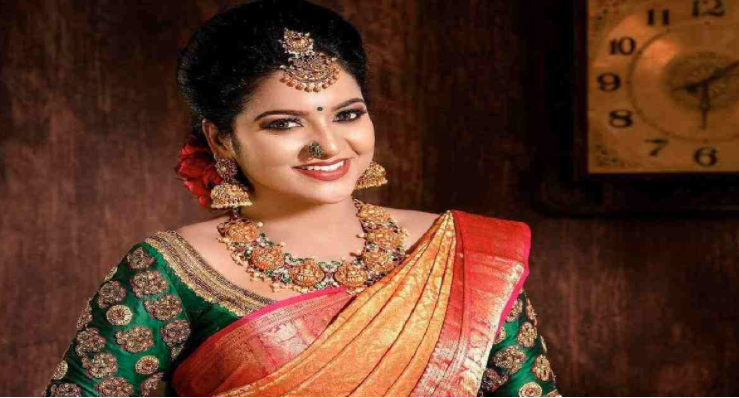 Leading southern Indian TV actress VJ Chitra's death has now snowballed into a major controversy, with her parents accusing her husband of killing her.

Chitra, best known for playing Mullai Kathiravan aka Mulla in the Tamil blockbuster TV serial Pandian Stores, was found hanging from the ceiling fan at a hotel room on the outskirts of the southern Indian city of Chennai in the wee hours of December 9.

According to media reports, Chitra had checked into that hotel after returning from a shoot, and she was staying there with her husband Hemanth. Incidentally, Chitra had posted her pictures in a purple and green silk saree from a photoshoot just hours before her death.

Though police have claimed that the TV actor had committed suicide "over financial issues", Chitra's mother has alleged that her husband took her daughter's life. "It's her husband. I am going to kill him with my own hands to avenge Chitra's death," she told the media on Friday.

Police have, however, ruled out any foul play. "We have not recovered any suicide note, but an autopsy has confirmed that the actor died of suicide. An investigation is still underway and we have also grilled Hemanth in connection with the death," a senior police official said.

Apart from acting in a number of TV serials, Chitra had hosted a slew of shows on major Tamil television channels, including Makkal TV, Jaya TV and Zee Tamizh.

“When a life full of energy is snuffed away too soon. What drives them far far away? Wish she had reached out to someone, anyone. Never knew her personally, yet felt the pain. Hope you have found what you were looking for, peace,” tweeted actress Khushboo.