‘Natural immunity’ from Covid is not safer than a vaccine 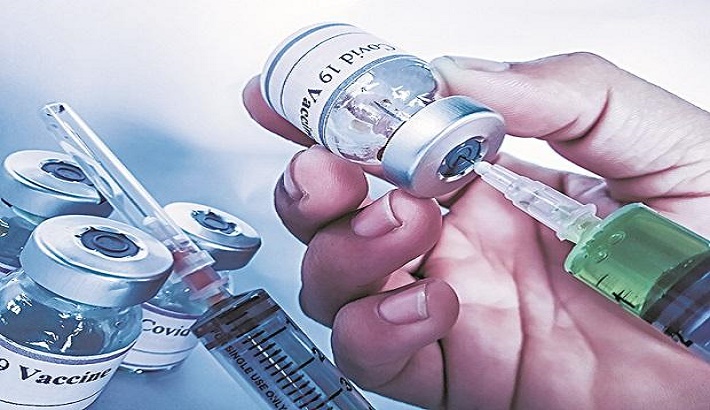 Mr. Paul is one of many people who, weary of lockdowns and economic losses, have extolled the benefits of contracting the coronavirus. The senator was diagnosed with the disease this year and has argued that surviving a bout of Covid-19 confers greater protection than getting vaccinated.

The trouble with that logic is that it’s difficult to predict who will survive an infection unscathed, said Jennifer Gommerman, an immunologist at the University of Toronto. Given all of the unknowns — like a region’s hospital capacity, or the strength of a person’s immune response — choosing the disease over the vaccine is “a very bad decision,” she said.

The primary advantage of a vaccine is that it’s predictable and safe, she said. “It’s been optimally tailored to generate an effective immune response.”

But what do we know about how the immunity from a prior infection compares with the protection given by the new vaccines? And what if you have already had Covid — is it safe to be vaccinated? We asked experts to weigh in on the latest evidence.

Which produces a stronger immune response: a natural infection or a vaccine?

The short answer: We don’t know. But Covid-19 vaccines have predictably prevented illness, and they are a far safer bet, experts said.

Vaccines for some pathogens, like pneumococcal bacteria, induce better immunity than the natural infection does. Early evidence suggests that the Covid-19 vaccines may fall into this category. Volunteers who received the Moderna shot had more antibodies — one marker of immune response — in their blood than did people who had been sick with Covid-19.

In other cases, however, a natural infection is more powerful than a vaccine. For example, having mumps — which can, in rare cases, cause fertility problems in men — generates lifelong immunity, but some people who have received one or two doses of the vaccine still get the disease.

To Mr. Paul’s point: Natural immunity from the coronavirus is fortunately quite strong. A vast majority of people infected produce at least some antibodies and immune cells that can fight off the infection. And the evidence so far suggests that this protection will persist for years, preventing serious illness, if not reinfection.

But there is a “massive dynamic range” in that immune response, with a 200-fold difference in antibody levels.

In people who are only mildly ill, the immune protection that can prevent a second infection may wane within a few months. “Those people might benefit more from the vaccine than others would,” said Bill Hanage, an epidemiologist at the Harvard T.H. Chan School of Public Health.

The diversity in the immune response from natural infection might be because of differences in the amount of virus to which the person was exposed.

With a vaccine, everyone gets the same dose. “We know the dose that is being administered, and we know that that dose is effective at eliciting an immune response,” Dr. Gommerman said. “So that becomes a variable that’s taken off the table when you get the vaccine.”

I’m young, healthy and at low risk of Covid. Why not take my chances with that rather than get a rushed vaccine?

The experts were unanimous in their answer: Covid-19 is by far the more dangerous option.

“It’s clear that one is less problematic for the body to recover from them than the other — there’s more risk with natural infection,” said Marion Pepper, an immunologist at the University of Washington in Seattle.

People who are obese, or who have diseases like diabetes are particularly susceptible to severe cases of Covid-19. On average, the virus seems to be less risky for younger people, and women tend to fare better than men. But beyond those broad generalizations, doctors don’t know why some people get very sick and die while others have no symptoms.

For example, people who harbor certain mutations in immune genes are more susceptible to the disease, several studies have shown. “So there’s a risk factor that has nothing to do with age,” Dr. Gommerman said.

In a study of more than 3,000 people, ages 18 to 34, who were hospitalized for Covid, 20 percent required intensive care and 3 percent died.

But “nobody is immune to severe disease,” she said. And even if people are not at high risk of Covid themselves, their friends or family could be.

As many as one in three people who recover from Covid have chronic complaints, including exhaustion and a racing heart, for months afterward. This includes people under 35 with no previous health conditions. Some survivors of Covid also show troubling signs that their body has turned on itself, with symptoms similar to those of lupus and rheumatoid arthritis.

Covid vaccines, in contrast, carry little known risk. They have been tested in tens of thousands of people with no serious side effects — at least so far. “Once you start vaccinating millions, you might find very, very rare events,” Dr. Hanage said. “But we have to know that they are very, very rare and much more rare than the adverse events associated with natural infection.”

I had Covid. Is it safe for me to get a vaccine? If so, when could I get one?

It’s safe, and probably even beneficial, for anyone who has had Covid to get the vaccine at some point, experts said.

“There’s nothing deleterious about getting a boost to an immune response that you’ve had before,” Dr. Pepper said. “You could get an actually even better immune response by boosting whatever immunity you had from the first infection by a vaccine.”

In fact, at a meeting on Wednesday, Dr. Moncef Slaoui, chief adviser to Operation Warp Speed, said up to 10 percent of participants in clinical trials for the vaccines had been infected with the virus without knowing it. Their immune responses to the vaccine are being analyzed, he said.

If you’ve already had Covid-19, you can afford to wait awhile for the vaccine.

Studies from Dr. Pepper’s team and others have shown that the immune response evolves over the first few months after infection, but everyone who has had Covid has some level of protection during that time.

“We didn’t see anybody who didn’t develop some sort of an immune response,” she said. “I don’t think those people need to rush out and go get the vaccine in the same way that people who are highly susceptible really do.”

The A.C.I.P., which makes recommendations to the Centers for Disease Control and Prevention about vaccine distribution, said at a meeting on Wednesday that people who had not been infected should get priority over those who contracted the virus in the past 90 days.

“At some point we’ll need to figure out whether 90 days is the right number,” Dr. Maldonado said. But for now, “people who have evidence of infection recently should probably not be vaccinated at first in line because there’s so little vaccine available.”