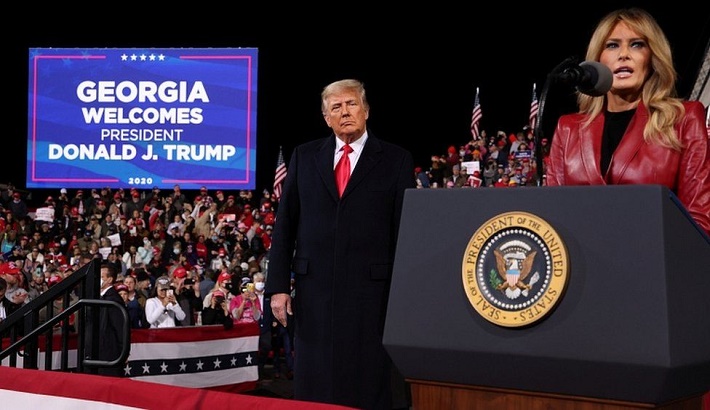 US President Donald Trump has pressed the Republican governor of Georgia to help overturn Joe Biden's election victory in the state.

In a series of tweets, he urged governor Brian Kemp to call a special session of the state legislature.

It came hours before Trump attended a campaign rally in Georgia for upcoming Senate runoff elections.

The president is still refusing to concede and alleges, without evidence, that Mr Biden's win was due to fraud.

He has launched legal challenges in several states but so far almost all of them have failed.

Georgia was a key battleground state in the election and Joe Biden's narrow win - the first time the state had voted Democrat since 1992 - helped to seal his victory, BBC reported.