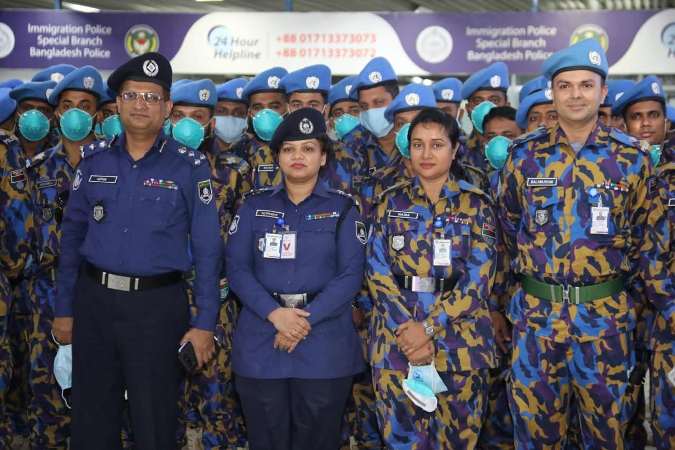 A team of Bangladesh Police has left Dhaka to join the UN peacekeeping mission in Mali by on a special flight of Bangladesh Biman.

The 140-member strong contingent left for Bamako in Mali on Friday night said a statement issued by the Police Headquarters on Saturday.

The team will work to establish peace in volatile MINUSMA, the United Nations Multidimensional Integrated Stabilization Mission in Mali, said a press release.

Members of the Bangladesh Police have been serving in the UN peacekeeping mission in Bamako since 2013.