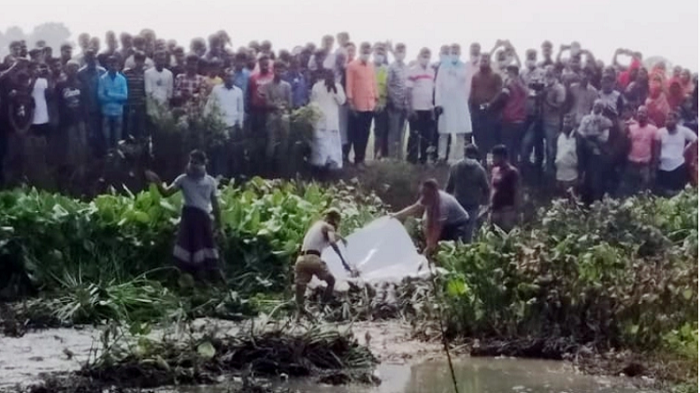 Police have recovered the decomposed body of a youth after two months he went missing in Alamdanga upazila of Chuadanga on Friday morning.

The deceased was identified as Alamgir Hossain Biswas, 27, son of Katob Ali Biswas, hailing from Khadimpur village of the upazila.

Quoting locals, police said that Alamgir went missing on the night of October 10. After much searching, his elder brother Jahangir Hossain filed a general diary (GD) with Alamdanga Police Station.

On Friday morning, locals found the body in a pond when they were cleaning hyacinth near Alamgir’s house and informed the police.

However, the family members of the deceased accused Alamgir’s friend Shipon Ali, hailing from the same village, for killing him and concealing the body for money.

Alamgir Kabir, officer-in-charge (OC) of Alamdanga Police Station, said the body was sent to Sadar Hospital morgue for an autopsy.

Mentioning that they are collecting information to unearth the real cause behind the killing, the OC said that it is clear that miscreant had killed him in a planned way.