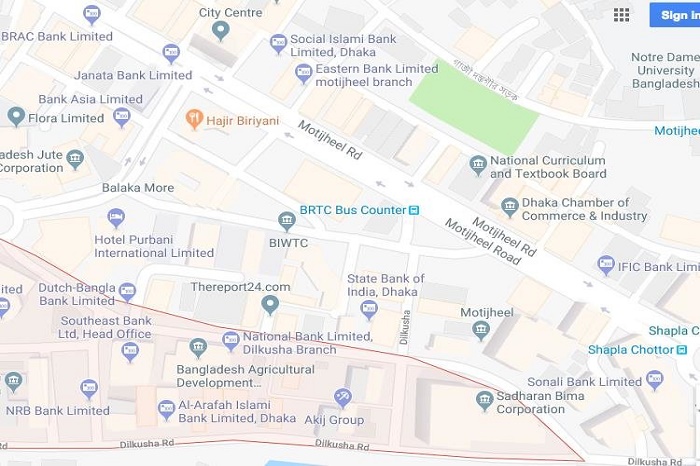 A minor girl was killed and four others were injured in head-on collision between a bus and a CNG auto-rickshaw in capital’s Motijheel on Friday morning.

The deceased was identified as Nusaiba Akter, 10.

Three of the injured are identified as deceased’s brother Jakir Hossain, his wife Shiuly Akter, 19, grandmother Rawshan Ara, 65, all of them are residents of Dakhsin Keraniganj.

The passenger bus of ‘Al-Mecca Paribahan’ collided with the CNG auto-rickshaw in front of Jiban Bima Tower at 9:00 am, leaving five passengers of the human hauler injured, said Manir Hossain, officer-in-charge (OC-Investigation) of Motijheel Police Station.

The injured were rushed to the Dhaka Medical College Hospital (DMCH) where duty doctor Nusaiba dead.

The OC also said police seized the killer bus and arrested its driver immediately after the accident.

Inspector Bachchu Mia, in-charge of DMCH police outpost, said that body of the girl has been kept at the hospital morgue for an autopsy.