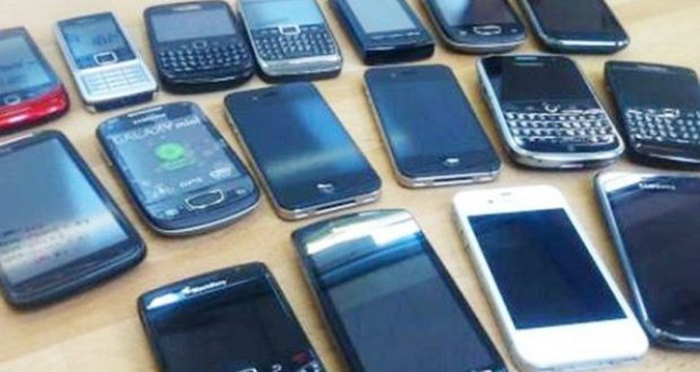 Do you want to buy a smartphone at a cheaper price? You have nothing to worry. All you need to do is to just pay a visit to any of several places in the capital where markets of ‘stolen handsets’ are running openly.

In the name of second-hand handsets, the sales and purchase of all brands of smartphones that are stolen or snatched from their original owners go on in full swing at those grey markets that run from morning to evening every day.

Sources said such markets are in operation at Gulistan, Mirpur-10, Shaheed Nagar of Lalbagh, Jurain and Gabtoli in the capital and Kadamtali crossing in Keraniganj on the outskirts of the city.

Thieves and muggers gather the handsets from the city or elsewhere and sell those to the owners of makeshift shops, who get their international mobile equipment identity (IMEI) numbers changed and sell those to customers without providing any document to them.

Besides, some sets are sold without changing their IMEI numbers.

A reality check by the Daily Sun found around 60 makeshift shops at Gulistan on the walkway along the Osmani Udyan, just opposite to the Police Headquarters and Nagar Bhaban, where almost new smartphones of all brands were put on display for sale.

Two youths, who came from Narayanganj, were seen buying a Samsung Galaxy A50 set, which looked almost a new one, from a makeshift shop for Tk 10,600, less than half of the original price of Tk 22,990.

After making the payment, one of the youths checked the IMEI number only to find that it did not match with the database of Bangladesh Telecommunication Regulatory Commission’s (BTRC).

When the duo drew the sellers’ attention to it, he paid no heed to them.

Wishing anonymity, a seller claimed that they collect old handsets from different sources and sell those after repairing those.

Mohammad Monayem, a part-time teacher at a secondary school, bought an Oppo brand smartphone from a makeshift shop along the Embankment Road at Shaheed Nagar in Lalbagh recently only to invite danger for himself.

After a few days, a member of the Detective Branch of police captured him accusing that a mugger snatched the set from a woman at New Market.

Sources at the Criminal Investigation Department (CID) said Murad Khan and Lablu Hasan, members of a gang, buy handsets from thieves and muggers with some being identified as Tamim, Shah Alam, Swapan, Jahangir Alam and Imam Hasan.

Al Amin, Bashir Alam Shuvo and Abdul Malek unlock the sets and change their IMEI numbers in exchange for money, they said.

Later, the mobile phone sets are sold at shopping malls and makeshift shops in the capital and elsewhere.

Contacted, Walid Hossain, deputy commissioner (Media and Public Relations) of Dhaka Metropolitan Police (DMP), told the Daily Sun that there is a particular authority to monitor whether handsets are being bought or sold without documents and evading taxes. “But whenever we get any complaint about stealing and snatching of mobile phone sets, we investigate those and try to arrest the culprits along with the recovery of handsets,” he said.