Sculpture of Bangabandhu will be set up in Ankara: Turkish envoy 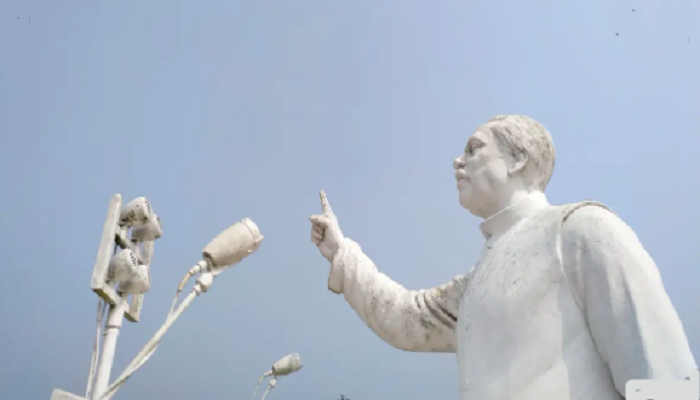 Turkish Ambassador to Bangladesh Mustafa Osman Turan  said on Wednesday that sculpture of Bangabandhu Sheikh Mujibur Rahman will be set up in Ankara, the capital of Turkey.

The ambassador informed this to newsmen after paying a courtesy call-on Information Minister Dr Hasan Mahmud at his office at Secretariat in the city.

Turan also said another sculpture of Kemal Ataturk, father of modern Turkey, will be set up at Dhaka.

State Minister for Information Dr Murad Hasan, Information Secretary Khaja Mia and senior officials of the ministry were present at the meeting.

Dr Hasan said there exists a historical relation between Bangladesh and Turkey. There are also many similarities as regards values and culture, he added.

The minister said, “You all know that Turkish president Erdogan has been invited to join the function of the Mujib Birth Centenary. He has also agreed to come if the situation becomes favourable amid COVID-19 situation.”

Besides, he said, discussions were held to air programmes at TRT, an English television channel of Turkey, impart training to journalists of two countries marking the golden jubilee of the Independence in the next year and exchange cultural activities.

Discussions were also held on setting up of sculptures of Bangabandhu at Istanbul in Turkey and Kemal Ataturk at Chattogram in Bangladesh, said Hasan, also Awami League joint general secretary.

Turan said discussions were also held about bilateral issues of the two friendly countries and added “we hope that we will participate in the closing ceremony of the Mujib Year.”

He said Bangabandhu is a model of Bangladesh and Kemal Ataturk is a model Turkey. “We have taken a decision to set up sculptures of the two leaders in the respective countries.

Sculpture of Bangabandhu will be set up at Ankara and sculpture of Kemal Ataturk at Kamel Ataturk Avenue in Dhaka”, he added.