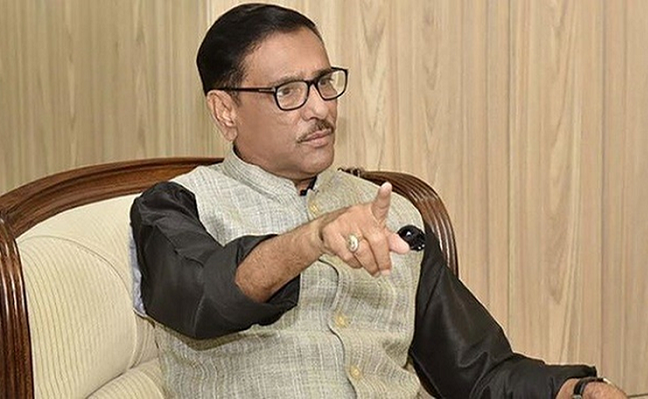 He was addressing the 27th anniversary of road safety advocacy group ‘Nirapad Sarak Chai’ at Jatiya Press Club joining it virtually from his official residence on parliament premises.

Quader said the Road Transport Act 2018 is now functioning practically and it will be made completely effective soon with the cooperation of all.

He said bus stoppages are being built in a planned way to avert stopping of buses here and there.

The minister said as part of the modern road management, road safety audit has been introduced in Bangladesh like in other developed countries.

A road safety audit (RSA) is defined as the formal safety performance examination of an existing or future road or intersection by an independent, multidisciplinary team.