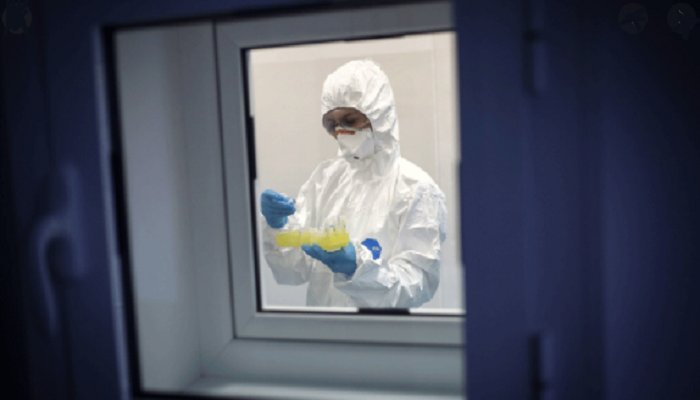 President Donald Trump’s announcement in May of plans to develop a Covid-19 vaccine by year’s end is near realization — despite a setback among one of the six candidates that the US supported.

The president described the effort as “a massive scientific, industrial and logistical endeavor unlike anything our country has seen since the Manhattan Project,” alluding to the US program during World War II to develop a nuclear bomb.

At the time Trump was accused of caring only about the US as the pandemic raged worldwide in what some derided as “vaccine nationalism.”

Trump called the vaccine project Operation Warp Speed, putting at its head a US army general and a former executive of pharmaceutical giant GSK.

It brought together the scientific expertise of the Department of Health and Human Services and military logistics experts.

Six months later, what Trump has termed “a miracle” is at hand: a vaccine developed by Pfizer and BioNTech is being examined by the Food and Drug Administration for approval, some time shortly after December 10.

And another vaccine developed by Moderna, a small US company, could follow suit quickly.

In January the US multinational Johnson & Johnson could present its own clinical trial results to US regulators — boosting the US goal of having vaccines available for all Americans by April.

The operation relied on six projects, two each for three kinds of vaccine technology so as to spread out the risk of one or more failing.

Meanwhile Johnson & Johnson and AstraZeneca, working with the University of Oxford, focused on “viral vectors.”

And Novavax and Sanofi/GSK centered on a protein-based product to defeat the coronavirus.

At first, the vaccine developed by AstraZeneca and Oxford was out in front, with its CEO announcing in June that the team would know if it was effective by September.

It suffered a first snag in early September when a participant in its clinical trials fell ill. It took six weeks for the trials to resume in the US.

Then questions emerged over good efficacy results announced by the developers, due to a dosage error. The team announced Thursday it needed to do another study.

The US can probably afford to go without the AstraZeneca candidate as it awaits new data, as millions of Americans will be vaccinated with Pfizer or Moderna shots by December 31 if the FDA gives the green light.

The rest of the world is also banking on the six Warp Speed vaccines, among dozens of other candidates.

The European Union has ordered doses from six manufacturers, five of which are backed by the operation.

“The force of investment has had an extremely important accelerating effect,” Loic Chabanier of the consulting firm EY told AFP.

US government money allowed for the financing of clinical trials and the retooling or construction of facilities to churn out vaccines.

The US ordered 100 million doses from the company, with bill payable even if the vaccine had turned out to be a dud.

“I am not Pfizer or AstraZeneca,” Bancel said. “I need a lot of cash and do not have it.”

But experts generally avoid giving any credit to Trump, whose handling of the pandemic is criticized as disastrous, relying solely on vaccines to end the pandemic and failing to push public health measures that could have saved tens of thousands of lives.

“America is very good at this sort of thing. Not good at prevention. Not good at public health management, in this case a pandemic, but good at life science,” said Eric Topol, head of the Scripps Research Translational
Institute, who is highly critical of Trump.

“This is a strength of the US. It isn’t Trump. Okay, they throw money at it, billions of dollars contingent on the vaccines working. But it was the companies that drove this,” Topol said.

He also praised the National Institutes of Health, the government agency that co-developed the Moderna vaccine and managed its clinical trials and those of others.