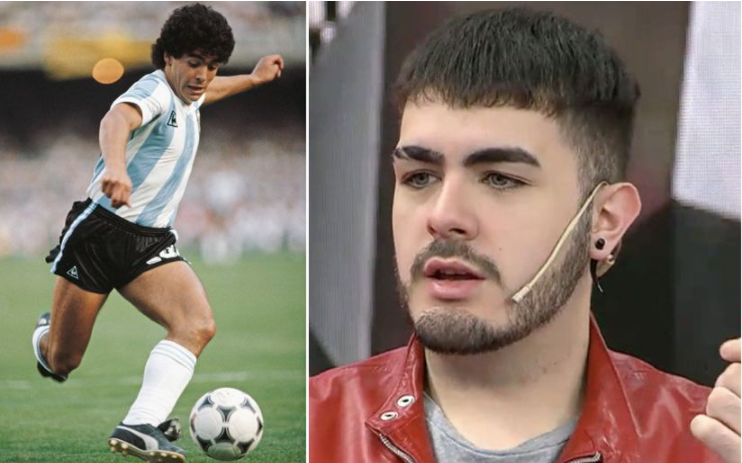 A teenager who has spent years fighting to prove he is Diego Maradona’s son has demanded the exhumation of the football legend's body.

Santiago Lara instructed his lawyer to make the sensational move less than 24 hours after the former Naples and Barcelona star was buried following his death on Wednesday.

Jose Nunez has lodged a bombshell written request with a family court in Santiago’s home city of La Plata an hour’s drive south of Buenos Aires demanding Maradona’s autopsy and DNA results and the exhumation of his body so it can be transferred to a court morgue.

The jaw-dropping development emerged overnight after Mr Nunez went on Argentinian TV to air his demand.

It followed a long and frustrating battle by Santiago to find out who his real father is which began in 2014 when he was just 13 and saw a magazine front cover with Maradona’s face on it and his pixellated underneath.

Santiago, the supposed sixth child of Maradona, spoke for the first time four years ago of his fight.
The youngster’s waitress mum Natalia Garat died aged 23 from lung cancer in 2006 following an alleged seven year on-off relationship with Diego, who officially has five children including two he took years to recognise as his.

The teenager instructed his lawyer to start legal action to prove he was Maradona’s son while the retired footballer was alive after failed attempts to reach an amicable settlement with the star’s legal team.

Speaking overnight after Mr Nunez confirmed the sensational exhumation demand, Santiago told Telemundo programme Suelta la Sopa: “My mum sadly died when I was just three years old but days before her death, when she had to remove her ventilator to speak, she told a group of lawyers I was Diego’s son.

“I just want to know who I am. The financial side of things is not something that matters to me.

“I know this demand is going to cause major turmoil in Argentina but if I don’t do this, who is going to give me the DNA?”

His lawyer, in another interview on an Argentinian TV show which he attended with a colleague but not Santiago, added: “We’re talking about a young lad who has been left in the dark about who he really is.
“Santiago didn’t come here today because he’s suffering emotionally. Not only does he not know who he is but he couldn’t say goodbye to his father.”

Mr Nunez said he had gone down the court route because of “radio silence” from Maradona’s lawyer Matias Morla following an “encouraging” initial dialogue when they were given the impression the soccer legend would agree to a DNA test voluntarily.

Diego recognised two sons and three daughters by four different women including his ex-wife Claudia Villafane and former long-term partner Veronica Ojeda as his own.