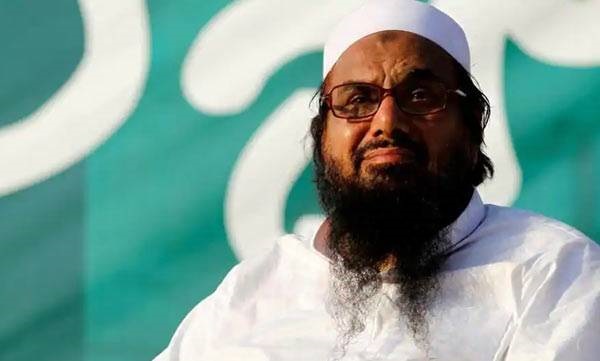 Hafiz Saeed, the Lashkar-e-Taiba founder sanctioned by the UN Security Council, is not serving time in jail but at his Johar Town house in Lahore from where he runs the terror group, according to people familiar with the matter.

Saeed was formally placed under arrest in July 2019, months before he was sentenced to 10 years and six months in jail in a terror financing case in February this year that was described by the United States as an “important step forward”. Last week, Saeed was handed down another set of jail terms in two more cases of terror financing.

Hafiz Saeed’s arrest and his subsequent conviction have been seen as an effort by the Imran Khan government to stay off the Financial Action Task Force ‘black list’ that could potentially entail extensive economic sanctions and as Prime Minister Imran Khan once put it, destroy Pakistan’s economy.

But an Indian intelligence input accessed by Hindustan Times indicates that Hafiz Saeed is not in Lahore’s high-security Kot Lakhpat jail as had been widely publicised. “He is mostly at home… ostensibly in protective custody that even lets him receive guests,” an intelligence official said.

Last month, according to the intelligence input, Saeed’s visitor at home was Zaki-ur-Rehman Lakhvi, the chief operational commander and the head of the LeT’s jihad wing. The meeting is learnt to have centered around some steps that they needed to take to collect funds for jihad.

Like Saeed, Lakhvi is also a UNSC designated terrorist and is the lead plotter of the 26/11 Mumbai terror attacks. He has been arrested more than once by Pakistani security forces for terror in face of international pressure but like his boss Hafiz Saeed, has always been let off due to lack of evidence. Indian officials said it was Lakhvi who persuaded, guided and handled Pakistan-born US citizen David Headley for reconnaissance missions in India prior to the 26/11 attacks.

Pakistan watchers in New Delhi said intelligence inputs that Hafiz Saeed was not being held in prison were in line with a pattern about Islamabad’s track record in dealing with terrorists. One of them conceded that they were initially surprised when Hafiz Saeed was convicted for the first time for 10 years and six months and had tentatively interpreted it to indicate that Saeed had outlived his utility for the Pakistani deep state. Saeed had been arrested several times since the 9/11 attacks but was always set free after the pressure eased.

Indian officials said they were still not clear how Pakistan had dealt with the paperwork around Hafiz Saeed’s judicial custody.

“Our understanding on the basis of the available information is that this may be an informal arrangement. We are not aware if there is a formal order notifying Hafiz Saeed’s house as a prison,” the intelligence official cited above said.

In the 12 years after 10 heavily-armed terrorists reached Mumbai from Pakistan and opened fire at multiple locations on 26 November, Islamabad, despite its many promises, has not investigated or taken any real action against the Lashkar-e-Taiba terrorists who plotted the attacks along with serving military officers at Pakistan’s Inter Services Intelligence.

In all, 170 people - apart from the 4 sailors of a trawler ‘MV Kuber’ hijacked by the terrorists - were killed and 304 injured in the simultaneous attacks by the terrorists at Mumbai’s Taj Mahal Hotel, Oberoi Trident Hotel, Chhatrapati Shivaji Terminus, Cama Hospital, Chabad House, Albless Hospital, near Metro Cinema area and Leopold Cafe.

Ajmal Kasab, the only terrorist to be caught alive, faced trial and was sentenced to death in May 2010. He was finally executed at Pune’s Yerwada Jail on 21 November 2012.

But the terrorists such as Hafiz Saeed and Lakhvi who plotted and coordinated the attacks along with Pakistan military officers have gone unpunished.

It was this confidence in the Pakistan deep state, Pakistan watchers said, that Saeed had mocked the United States when it first announced the $ 10 million bounty for his whereabouts in 2012. “I am ready to send information about my location on a daily basis,” a brazen Hafiz Saeed told a news conference soon after, asking the United States to send him the money.