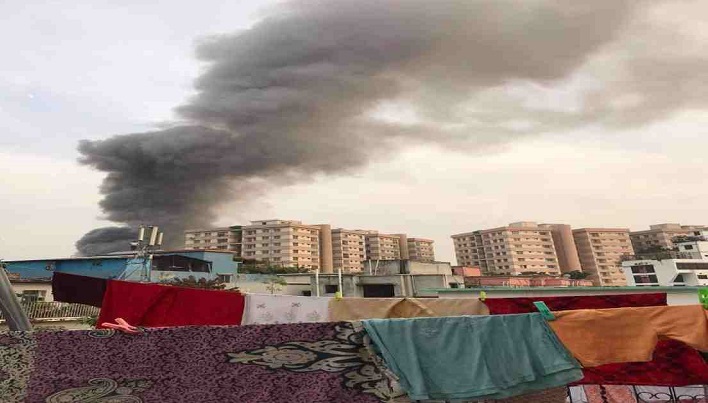 The fire that broke out at Bihari camp on Babar road in the city’s Mohammadpur area has been brought under control around 5:50pm on Tuesday.

However, the origin of the fire could not be known yet.

Earlier on Monday, around 100 shanties and small makeshift shops were destroyed in a fire which originated at the ‘Sattola Bosti’ in Dhaka’s Mohakhali area.