World must not turn away from Afghanistan: UNHCR 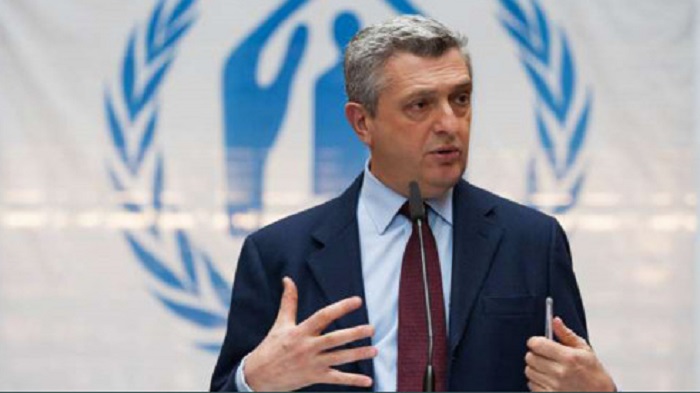 Grandi’s appeal comes after his visit to the war-torn nation that remains beset by violence and corruption, and is grappling with the imminent withdrawal of thousands of US troops.

United Nations High Commissioner for Refugees (UNHCR) Grandi said the future of millions of Afghans depends on the outcome of peace talks taking place in Qatar and on international commitment to develop the country, including at the two-day donors conference in Geneva.

“Failure on either account would see Afghanistan slide backwards with disastrous consequences, including further displacement possibly on a large scale,” Grandi warned in a statement.

Donor nations meet every four years to pledge aid for impoverished Afghanistan, which remains almost entirely reliant on foreign assistance despite 19 years of promised reforms and attempts to grow the economy.

Grandi said the nearly 300,000 Afghans who have been displaced inside Afghanistan because of conflict this year remain in “acute need” of humanitarian support.

The same goes for the nearly three million previously displaced and the nine million people who have lost their livelihoods due to the Covid-19 crisis.

Grandi also said it was urgent to conclude peace negotiations between the Afghan government and the Taliban, pushing to retake power in Afghanistan after their ouster during the US-led invasion in 2001.

This could help “guarantee peace and political stability and contain and eliminate the interrelated threats of terrorist networks” to Afghanistan and the region, he said in a video call from Kabul.

Ghani is due to deliver a keynote address at the conference on Tuesday.

Ross Wilson, the US charge d’affaires in Kabul, said on Twitter that Washington was ready to continue its financial support.

“We join the donor community in supporting Afghanistan as it moves towards self-reliance, building on the achievements and investments of the last nineteen years,” Wilson said on Twitter.

The Qatar peace talks, meanwhile, have made scant progress and the US plans to slash its troop presence in Afghanistan in the coming weeks, ahead of a full withdrawal of all foreign forces by next May.