Athens was Brits' top choice for city breaks during summer 2020 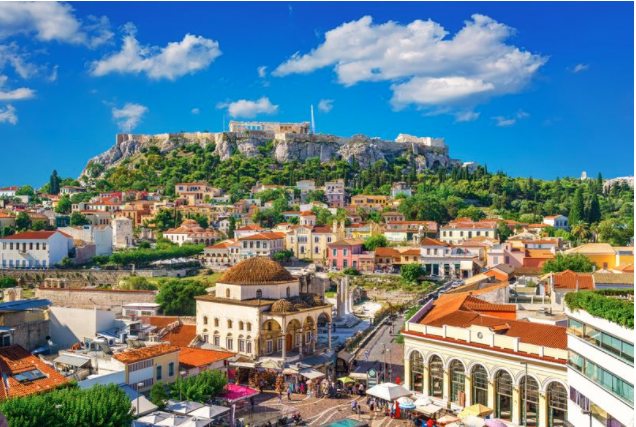 In fact, the hostel booking platform says it saw a spike of 400% in searches for stays in the city between April and October.

There's no denying that travel restrictions will have been a major factor in the city's popularity. When the pandemic first broke, the Foreign Office advised against all non-essential travel, before unveiling a new 'travel corridors' system which determines if Brits will need to quarantine after a holiday.

Over the summer period, the Foreign Office wasn't advising against travel to Greece, meaning that Brits who wanted to travel could book a break there. At the same time, Greece remained on the UK's travel corridors for the majority of April through to October, meaning that holidaymakers did not need to quarantine upon returning to the UK.

(It's worth noting that Greece has now been removed from the travel corridors list and the FCDO has changed its Greece travel advice to be against all non-essential travel).

Of course, Athens is filled with brilliant places to visit from the awe-inspiring Acropolis to more historic sites at the Monastiraki Square, so it's no surprise that the hotspot was popular for those looking for an adventure.

Another city where Hostelworld noted a spike in searches was Stockholm, with Sweden also managing to avoid being subject to travel restrictions for the majority of the summer period.

Meanwhile, Italy proved a popular destination with three of its cities - Milan, Florence and Rome - all tempting Brits after a holiday. Although restrictions are now in place, over the summer it remained on the travel corridors list meaning it quickly became a firm favourite with those trying to escape for a spot of summer sun.