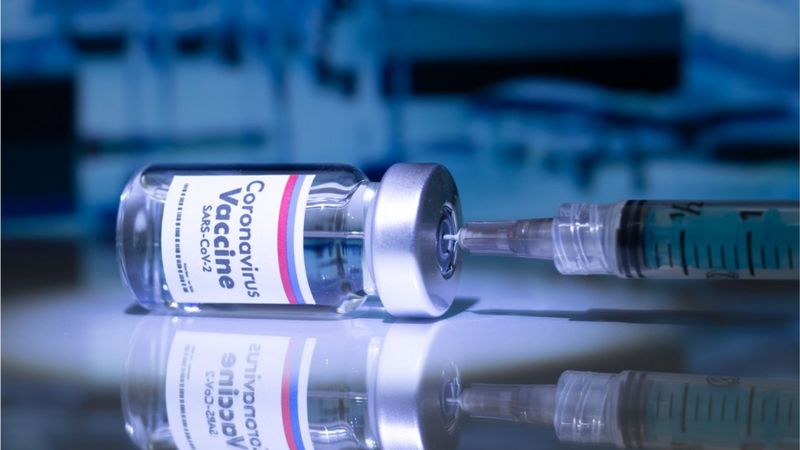 There are several vaccines being developed in China, some of which are already being administered.

According to the researchers, the Sinovac Biotech vaccine led to a quick immune response during trials with around 700 people.

The announcement comes after European and US vaccines reported successful data from large late-stage trials.

Three vaccines, developed in the US, Germany and Russia, have all released data suggesting efficiency of more than 90%, after trials with tens of thousands of people.

What do we know about the vaccine?
Like the rest of the world, China is racing to develop a Covid vaccine, and four have entered the third and final stage of clinical trials, including the one created by Sinovac Biotech.

However, the results published in the scientific journal The Lancet are only from the first and second trial phases of one of those four vaccines.

According to the report, Sinovac Biotech's CoronaVac triggered a quick immune response, although the study conducted in April and May this year did not give a percentage of the vaccine's success rate.

Zhu Fengcai, one of the paper's authors, said the results - which are based on 144 participants in the phase 1 trial and 600 in the phase 2 trial - meant the vaccine was "suitable for emergency use".

No data from the ongoing large-scale phase 3 trials has been published yet.
With the pandemic reported to be almost entirely under control within China, late-stage trials of the four Chinese vaccines are being conducted in Pakistan, Saudi Arabia, Russia, Indonesia and Brazil.

According to officials, nearly 60,000 people had received a vaccine by early November.

Trials of the Sinovac Biotech vaccine in Brazil were briefly halted last week but resumed after the reported death of a volunteer was found to have no links to the vaccine.

At least three of the vaccines are also already being offered to essential workers as part of an emergency programme, while one was approved for the Chinese military in June.
How does it compare with the other vaccines?
Over the past few days, there has been a string of promising vaccine news from around the world.

First, a German-US vaccine by Pfizer and BioNtech was reported to be more than 90% effective based on late-stage trials with more than 43,000 people

Then, US company Moderna said its vaccine showed nearly 95% efficiency, also after large late-stage trials. In both cases the results are preliminary and both vaccines have not yet been approved.

And a Russian Covid vaccine was reported to be 92% effective after trials with 16,000 volunteers. It was already granted approval for emergency use within Russia in August.

Researchers behind all three of those vaccines have released data from more advanced testing stages than the Chinese vaccine. But Sinovac Biotech is conducting these same late-stage trials as well, and the fact that there is no data released on those trials does not necessarily mean that the other researchers are ahead.

The use of the vaccine candidates for emergency cases in China - like medical frontline staff - suggests authorities have a certain level of trust in the jabs.

Which of those vaccines will be first rolled out on a large scale still remains to be seen. Approval and mass production would be the next hurdles and experts caution not to expect widespread vaccination programmes before next year.