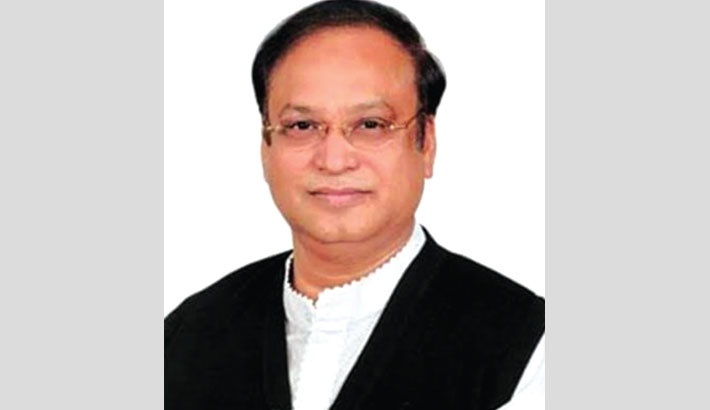 Haji Mohammad Salim, an MP from Dhaka-7 constituency, has grabbed a land of a school for the deaf in the capital despite losing a legal battle in a court.

The lawmaker, who established a reign of terror in Old Dhaka, has now become deaf and dumb.

Locals and victims have started to raise allegations of different crimes against Haji Salim after his son Erfan Salim was arrested on charges of assaulting a navy officer.

On the behalf of the then President, the deputy commissioner of Dhaka district allocated 100 decimals of land at Swarighat in Chawkbazar to Government Bhadir High School in 2005 for construction of the school buildings.

Shortly after the allocation, Haji Salim along with his cadres grabbed the land. The district administration freed the land from his encroachment three times, but he returned to the place immediately after the removal.

Even after losing a legal battle in a Dhaka court, he grabbed the land and set up a filling station (Madina Filling Station), some storehouses on the land worth about Tk 1,000 million.

The land was allocated when Advocate Taimur Alam Khandaker was the president of the school managing committee and Bangladesh National Deaf Federation.

Taimur Alam told the Daily Sun that they left no stone unturned to recover the land from the clutch of Haji Salim.

“Now, only Prime Minister Sheikh Hasina can free the land from the encroachment of Haji Salim,” he said.

Aminul Islam, headmaster of the school, echoed the same sentiment and said the land should be freed for the welfare for all the deaf in the country.

“We met Haji Salim several times and requested him to free the land, but he didn’t keep our request.”

“Haji Salim told us that the government wrongly allocated the land to the Bhadir High School. He is the real owner of the land,” he said.

“Now, I request the government to remove the establishments from the land and hand it over to us,” he said.

He also threatened that they will go for tougher movement for the recovery of the land.

Wishing anonymity, a teacher of the school, said: “The deafness of Haji Salim seems to be a natural punishment for his oppression against the deaf.”

When contacted, Additional Deputy Commissioner (Revenue) of Dhaka district Md Elias Mehedi told the Daily Sun that the district administration was taking preparations to demolish Madina Filling Station and other establishments on the grabbed land.

“We’ll remove all the establishments from the land allocated to the deaf very soon,” he said.

Replying to a query whether they will take action against Haji Salim, he said, “We’ll first free the land from the encroachment and later take a decision whether we’ll take action or not.”

Govt Bhadir High School, which is located at Bijoy Nagar in Paltan, has 350 students with speech and hearing impaired.

All the hearing- and speech-impaired people of the country depend on this school, the school authorities said.