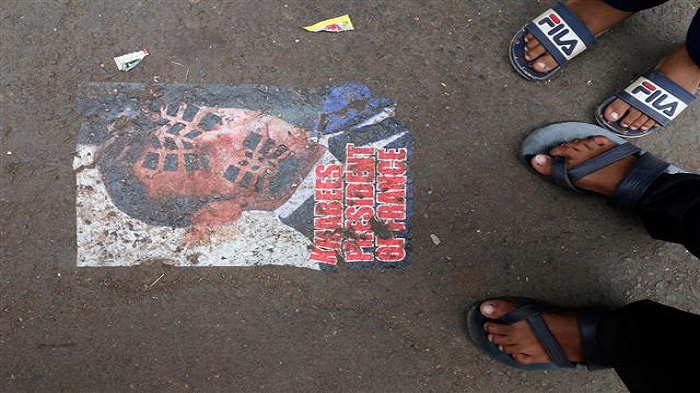 Emmanuel Macron's posters pasted on busy Mumbai road, cops remove them; video goes viral Posters of French President Emmanuel Macron were found pasted on a busy road in south Mumbai and were later removed by the police, an official said on Friday.

Pedestrians and motorists in the Bhendi Bazaar area spotted hundreds of posters of Macron, who is facing criticism from Muslim countries over a cartoon row in France, pasted on the Mohammed Ali Road under JJ flyover on Thursday evening, the official said

A video also surfaced on social media in which vehicles can be seen driving over the posters.

Mumbai Police spokesperson S Chaitanya confirmed the incident and said the posters were promptly removed by the Pydhonie police after getting information about them.

No case has been registered in this regard so far, another official said.