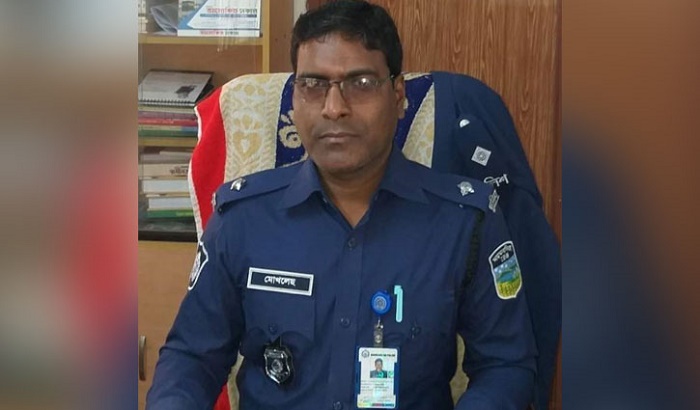 The officer-in-charge (OC) of Iswargnaj Police Station in Mymensingh was withdrawn to the district police lines on Thursday for allegedly taking bribe from a farmer.

A constable was also suspended in this connection.

Ahmaruzzaman, superintendent of police in Mymensingh, confirmed the matter.

According to locals, there had been a long standing dispute between Asaduzzaman Lulu, of Kakonhati village at of the upazila, and his neighbor Nayan Mia over a piece of land.

Lulu lodged a written complaint with the police station on October 21 seeking help to solve the issue but the OC ignored the issue.

On 22 October, Nayan and his associates attacked Asaduzzaman Lulu's house and vandalized it. Lulu's brother Abu Raihan Rumel was tied up and beaten by the attackers.

Later, Asaduzzaman went to the police station and informed Ishwarganj OC Mokhlesur Rahman about the attack.

On October 25, Asaduzzaman Lulu lodged a written complaint with Mymensingh Superintendent of Police.

While talking about the issue, the superintendent of police said the OC was withdrawn and the constable was suspended on charges of irregularities. The allegations are being investigated.