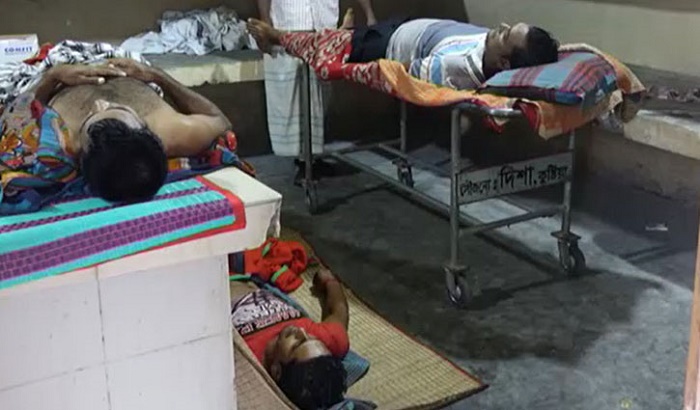 SM Tanvir Arafat, superintendent of police in Kushtia, said they drank the alcohol after purchasing it from a local shop on Tuesday night of Bijoya Dashami and fell sick afterwards.

Tapas Kumar Sarkar, residential medical officer of the hospital, the victims came to Kushtia General Hospital at different times between 12:00 am to 3:00 am and they died at the hospital between 5:00am to 6:30 am while undergoing treatment.

“We are suspecting they died of alcohol poisoning and the real cause of their death will be known after getting the autopsy report” Tapas Kumar Sarkar said.