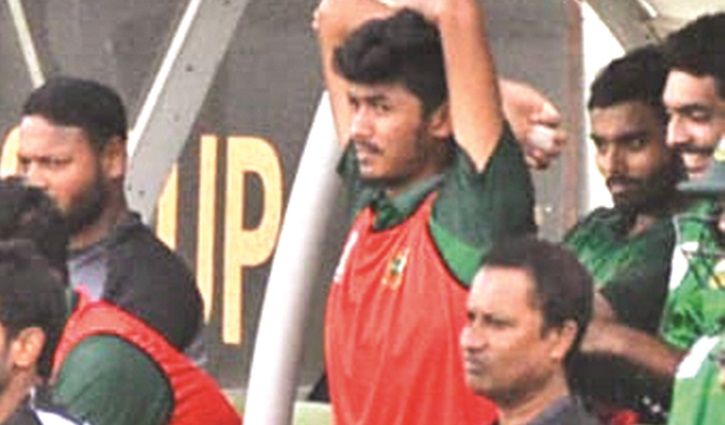 It was not unusual to see Rishad Ahmed being dropped in the all-important final of the BCB President’s Cup as Nazmul XI gone for the tried and formula of keeping faith on fingers spinners against Mahmudullah XI at the Sher-e-Bangla National Stadium on Sunday.

In a country where leg-spinners are treated like stop-gap arrangement, it was not surprising that finger spinners will be given preference ahead of the wrist spinners defying the announcement of promoting the latter ahead of the tournament.

“We have decided to have super-sub in the tournament just to promote the leg-spinners and it will mandatory for all the team to use them for at least five overs,” BCB chief selector Minhajul Abedin ahead of the competition.

The leg-spinner still remains an outcast in Bangladesh's cricketing landscape despite all the blubber of the Bangladesh Cricket Board in recent times.

BCB’s desperation to find a leg-spinner shone through when they enforced a bizarre new rule in domestic cricket including instructing every team in the National Cricket League, the country's traditional first-class competition, to field at least one leg-spinner.

BCB warned that strong punitive action would be taken if NCL teams didn't follow this instruction and kept to their word by dismissing Rangpur division coach Masud Parvez and Dhaka division coach Jahangir Alam as the former overlooked Fardeen Hasan and Rishad Hossain while the latter didn't pick Jubair Hossain in the playing XI during last season's Round Two matches.

The urgency came to the fore again when the board announced that even teams taking part in the Bangabandhu Bangladesh Premier League, the country's lone Twenty20 tournament, will have to accommodate a leg-spinner in their team following Bangladesh's shock home Test defeat to Afghanistan.

However, BCB was eventually forced into making a U-turn on their initial stance, stating that fielding a leggie was a priority not mandatory and if their actions are taken into consideration that includes other stakeholders of the game in the country it seems they have always seemed to be inconsistent with their approach regarding the leg-spinners.

Domestic cricket in the country remains heavily influenced by the ideals of one-day cricket and according to a member of the team management, a bowler remains only as good as his economy rate. As a result, they opt to pick multiple finger spinners in their line-ups instead of a leg-spinner.

What looks strange is that neither this tournament is backed by any individual, club nor franchises and even was not considered as a list A game rather it was a test case tournament designed to bring back domestic cricket following the corona impact that halted cricket for seven months.

Many felt that BCB President’s Cup will be a tournament for upcoming leg-spinners to showcase their talent.

Minhajul Abedin bowled only one over before being ruled out of the tournament for injury after the first game while Aminul Islam played three games bowled 13.1 overs picking three wickets at an economy of 5.24.

Rishad looked to be most impressive among the lot bowling 23 overs picking four wickets at an economy of 4.21. There is a saying going around in the cricket fraternity that it was not Rishad than he might not get similar opportunities considering he is a good fielder and can bat in the lower order.

A reason behind it can be that most of the matches were low scoring and the team management had insecurities that short spell can turn the match but this is certainly not the right environment for leg-spinners to grow.

The team management didn’t allow leg-spinners to bowl their full quota despite they were pretty economical in the tournament.

What is alarming is that newly appointed head coach Toby Radford did not take long to adapt to Bangladeshi culture and could not give Rishad, an opportunity in the final.

Despite everything chief selector Minhajul Abedin said that he is happy with the performance of the leg-spinners and added that he is hoping that they will play more frequently than before in the coming days.