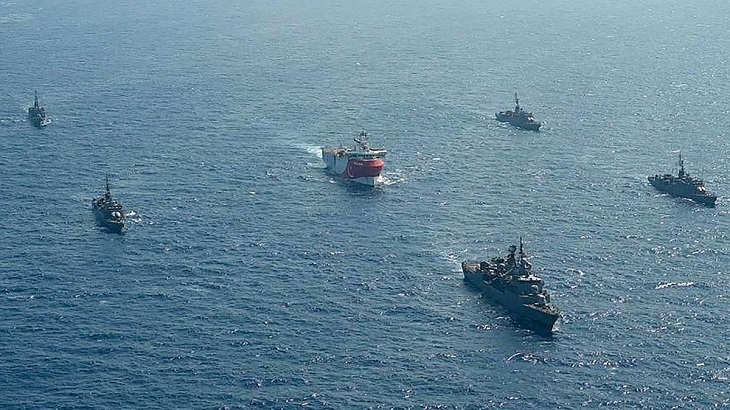 Turkey has extended once again a research ship's search for gas in contested waters of the eastern Mediterranean in defiance of calls from the West to pull back the vessel.

The navy said in a message on the international maritime alert system NAVTEX late Saturday that the Oruc Reis would stay in the region until November 4.

It had previously said it would remain until Tuesday.

In a counter-message on NAVTEX, Greece deemed the Turkish activity as "unauthorised and illegal, in an area that overlaps the Greek continental shelf."

The Greek government spokesman, Stelios Petsas, said in an interview with Skai tv on Sunday that the latest move is "one more proof of Turkey's lack of credibility even towards NATO."

The Oruc Reis, escorted by military ships, has become the symbol of Ankara's quest for natural gas in the eastern Mediterranean, where recent discoveries have triggered a rush for the resource.

Turkey in August sent the exploratory ship into contested waters, alarming both Cyprus and Greece, which carried out military drills.

Tensions subsided after Turkey withdrew the ship in mid-September for what it said was maintenance work and agreed to exploratory talks with Greece.

But Ankara then sent the ship back into the area on October 12, angering Greece which said there could be no talks until it is withdrawn.

The United States this month called the Turkish move a "calculated provocation" and demanded that Ankara withdraw the vessel.