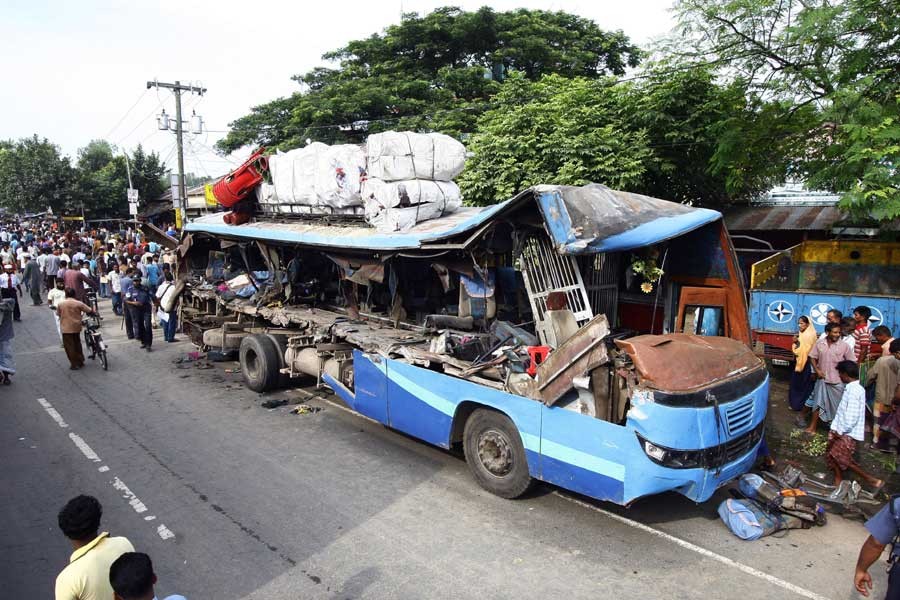 The World Bank and BRAC signed a Memorandum of Understanding on Saturday to collaborate for improving road safety in Bangladesh.

He also inaugurated a Road Safety Awareness Campaign along the 48 KM Jessore-Jhenaidah corridor as part of the partnership, according to a press release.

The campaign will complement the World Bank supported WeCARE project, which was approved in June 2020 and aims to upgrade the existing two-lane highway, Bhomra-Satkhira-Navaron, and Jahore-Jhenaidah to a safer four-lane highway.

BRAC and the World Bank will partner together to promote safety for women in public transport systems and conduct training and skills building for drivers, including women drivers.

BRAC’s driving school’s initiative ‘women behind the wheels’ has trained so far about 214 women as professional drivers.

Globally, about 1.35 million people die every year in road accidents.

In Bangladesh, road crashes are the fourth leading cause of death of children aged between 5 and 14, and 67 percent of victims are within the 15-49 age group.

Adressing the event, Obaidul Quader said, "Under the leadership of Prime Minister Sheikh Hasina, Bangladesh has taken actions to achieve the Sustainable Development Goal of cutting the number of road traffic fatalities by half within the next decade. With more awareness and safer behaviors by road users, training of drivers, and better roads, Bangladesh is taking a comprehensive approach for ensuring road safety.”

He also assured that his ministry will provide full support regarding the training and employment of female drivers.

Acting Country Director for Bangladesh and Bhutan Dandan Chen said that Road safety has become an economic and development priority for any country.

“We are proud to be part of the government’s commitment to better road safety through a National Road Safety Program. Our partnership with BRAC will reinforce the support to the program   for improving road safety in both rural and urban areas in Bangladesh.”

The collaboration will support exchange of knowledge and raise awareness among stakeholders to reduce fatalities and injuries from road accidents.

This will help the country adopt interventions based on the Safe-System Approach, including safe roads and safe behaviors, as recommended globally.