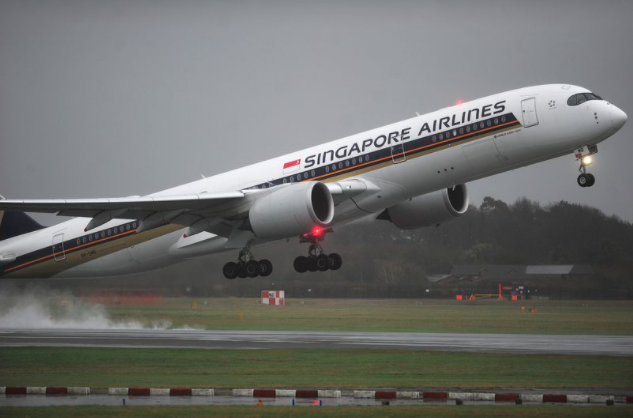 The world's longest passenger flight is set to take off next month.
Singapore Airlines is bringing back its direct service between Singapore and New York.

There will be three weekly flights, all operated on board the airline's Airbus A350-900 long-range aircraft.

The direct flight is set to take off from Singapore Changi Airport on the 9th November 2020, covering the 9,524-miles-long distance to  John F. Kennedy International Airport in New York.

The flight time takes approximately 18 hours and 5 minutes on the way out, while the return journey is set to take around 18 hours and 40 minutes.

There will be First Class, Business and Economy cabins on offer for passengers.
Singapore Airlines was already operating the world's longest passenger flight earlier this year, with flights between Singapore and New York, although at the time it was flying to Newark airport.

However, the route was paused when the coronavirus pandemic broke and caused worldwide travel restrictions, forcing airlines around the world to reduce their schedules and in some cases ground planes.

The move to JFK airport actually makes the distance covered even longer.

The airline said the decision to switch was to ""better accommodate a mix of passenger and cargo traffic on its services to New York in the current operating climate".
Singapore Airlines has been operating some flights during the coronavirus pandemic, including a non-stop route between Singapore and Los Angeles.
It's worth noting that while Singapore Airlines' new route is the world's longest passenger scheduled flight route, it's Australian airline Qantas which holds the record for the world's longest non-stop flight.

Last year, it operated a direct flight between London Heathrow and Sydney which landed after 19 hours and 19 minutes - a flight so long, passengers were treated to two sunrises during the journey.

During the coronavirus pandemic, countries may be subject to a change in travel restrictions. Always check the latest FCDO advice for your chosen destination before planning, booking, or going on a trip.