Caught on camera: man washed away in Hyderabad 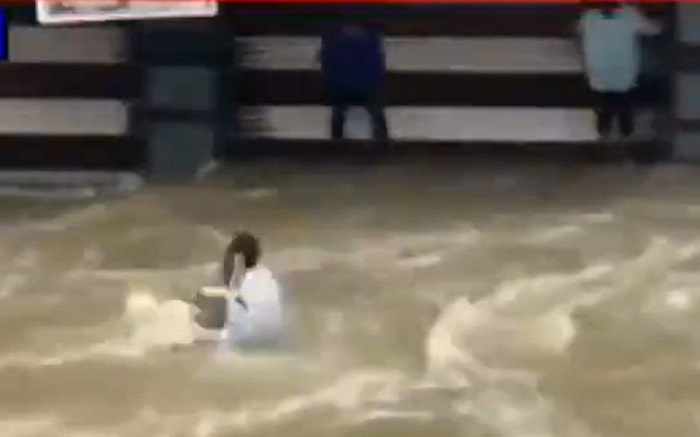 A man is seen being swept away by the rampaging floodwater in a dramatic visual that has emerged from Hyderabad, one of the worst affected districts in Telangana that has been witnessing heavy rain for the last three days. It is not clear whether the man has been rescued.

Two people standing at an elevated path are seen watching helplessly amid screams by locals who try to save the man. A tyre tube -- possibly thrown to save him from drowning -- is also seen being swept away in the currents.

Dramatic visuals of vehicles being swept away by strong currents of rainwater have also emerged from Hyderabad. Many areas in the state capital have received 20 cm rains in the last 24 hours, news agency ANI reported quoting Telangana Chief Secretary Somesh Kumar.

Twelve people, including a two-month-old, have died in rain-related incident in Hyderabad in last 24 hours. Nine people died after a compound wall collapsed and fell on 10 houses due to heavy rain late last night.

The rains were triggered by a deep depression over the west-central Bay of Bengal leading to heavy rains across several districts of Telangana, according to the weather department.