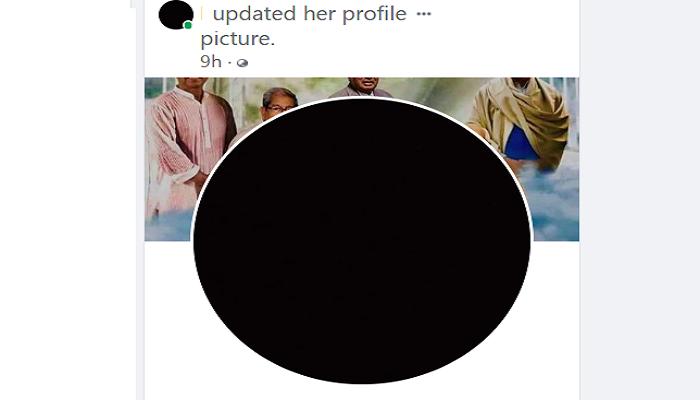 Alongside protests on the streets, netizens, especially women, have resorted to digital protests to raise their voices against sexual assault, harassment and torture of women.

Many FB female users have blackened out their profiles as part of the protest, and have posted similar black images on Facebook condemning the incidents of violence against women.

“It’s a movement to show what the world might be without women. Your profile photo should just be a black square so that men wonder where women are. Pass it only to women. It’s for a protest against woman abuse,” stated a viral message that is prevalent in FB messenger in the country.

The movement intends to bring women together in an expression of solidarity.

Women on Facebook have been privately sending messages to other women to encourage them to join the protest.

The recent gang-rape incident at Sylhet MC College and housewife molestation in Begumganj of Noakhali fueled the protests.