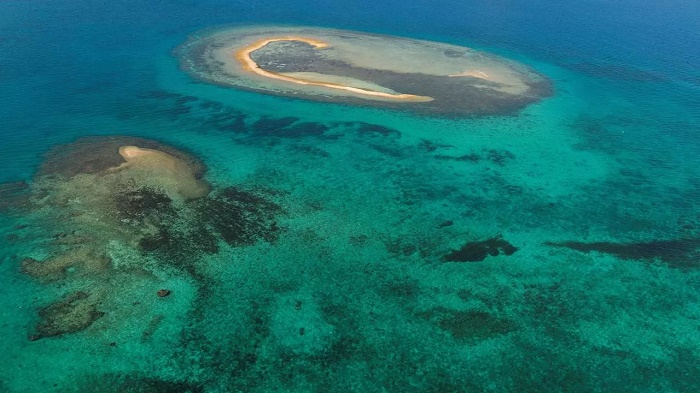 Global warming is making the oceans more stable, increasing surface temperatures and reducing the carbon they can absorb, according to research published Monday by climate scientists who warned that the findings have “profound and troubling” implications.

Man-made climate change has increased surface temperatures across the planet, leading to atmospheric instability and amplifying extreme weather events, such as storms.

But in the oceans, higher temperatures have a different effect, slowing the mixing between the warming surface and the cooler, oxygen-rich waters below, researchers said.

This ocean “stratification” means less deep water is rising towards the surface carrying oxygen and nutrients, while the water at the surface absorbs less atmospheric carbon dioxide to bury at depth.

In a report published in the journal Nature Climate Change, the international team of climate scientists said they found that stratification globally had increased by a “substantial” 5.3 percent from 1960 to 2018.

Most of this stabilisation occurred towards the surface, and was attributed largely to temperature rises.

They said this process is also exacerbated by the melting of sea ice, meaning that more fresh water — which is lighter than salt water — also accumulates on the surface of the ocean.

Study co-author Michael Mann, a climate science professor at Pennsylvania State University, said in a commentary published in Newsweek that the “seemingly technical finding has profound and troubling implications.”

Mann also pointed to a reduction in the amount of CO2 absorbed, which could mean that carbon pollution builds up faster than expected in the atmosphere.

He warned that sophisticated climate models often underestimate ocean stratification and may also be underestimating its impact.

By absorbing a quarter of man-made CO2 and soaking up more than 90 percent of the heat generated by greenhouse gases, oceans keep the population alive — but at a terrible cost, according to the Intergovernmental Panel for Climate Change (IPCC).

Seas have grown acidic, potentially undermining their capacity to draw down CO2. Warmer surface water has expanded the force and range of deadly tropical storms. Marine heatwaves are wiping out coral reefs, and accelerating the melt-off of glaciers and ice sheets driving sea level rise.

Last year, research published in the US Proceedings of the National Academy of Sciences calculated that climate change would empty the ocean of nearly a fifth of all living creatures, measured by mass, by the end of the century.