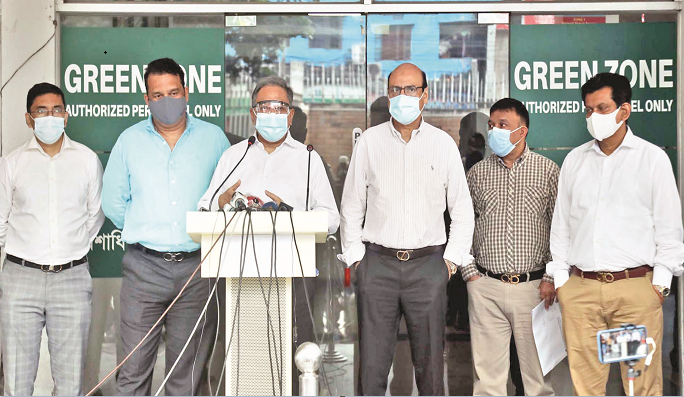 Bangladesh Cricket Board (BCB) said on Monday that they will not allow any Bangladeshi cricketers in the Lanka Premier League.

According to BCB President Nazmul Hasan Papon, Bangladeshi cricketers are expected to stay busy with their own domestic cricket calendar and as a result there is hardly any possibility of them to take part in LPL.

“I don’t think there is any possibility to see any Bangladeshi cricketers taking part in the LPL,” Nazmul told reporters on Monday.

“Because at that point of time we will have our domestic cricket and the players will be engaged there,” he said.

Sri Lanka Cricket (SLC) announced that the premier all-rounder Shakib Al Hasan, who is currently serving a ban imposed by ICC last year in October, is set to go under the hammer for Lanka Premier League (LPL) auction, scheduled for October 1.

Shakib, who was banned by ICC in October 2019 after he failed to report corrupt approaches on three occasions, will be able to return back to cricket from October 29 as his ban is set to come to an end on October 28.

About 150 players have been listed by Sri Lanka Cricket (SLC) for the auction and Shakib remains one of them alongside the likes of Chris Gayle, Daren Sammy, Darren Bravo, Shahid Afridi, Colin Munro, Munaf Patel and Ravi Bopara for the T20 tournament that was originally scheduled to be held in late August and is now expected to be played from November 14 to December 6.

It was reported that apart from Shakib there were few other Bangladeshi cricketers who were expected to feature in that list. Mushfiqur Rahim, Mahmudullah Riyad, Mustafizur Rahman, Sabbir Rahman and Mohammad Saifuddin supposedly were listed. The new franchise-based league might be delayed further due to the mandatory 14-day quarantine which forced the postponement of Bangladesh tour.

A total of five franchises will fight for the title while each franchise can have a total of 19 players in the squad comprised with six international players and 13 local players.