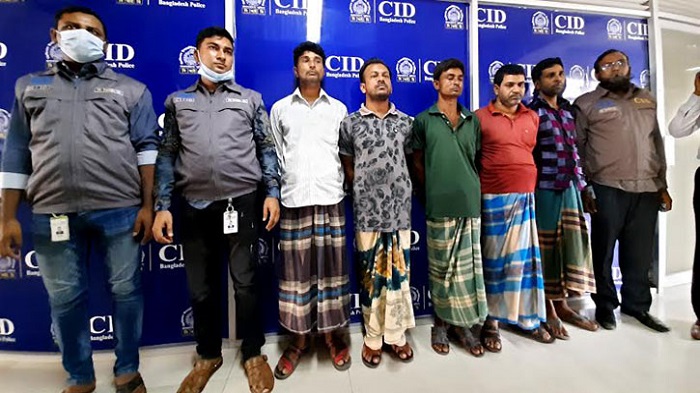 Organised Crime Unit of Criminal Investigation Department (CID) of police has arrested five members who are actively involved in women trafficking to India.

These members used to sell women forcefully to the Indian women trafficking group for illegal and anti-social activities.

Sheikh Mohammad Rezaul Haidar, additional DIG of Organised Crime Unit of CID, confirmed the matter at a press briefing at CID’s Mailbag office in the capital on Monday.

Rezaul Haider said, “Shahin among the arrestees, who is a driver, used to carry the women out of the city by his car. He also keeps women in Rafikul Islam’s house near border area in Jashore. Later, another member named Biplob takes them to the border and Bablu carries them to the other side of the border.”