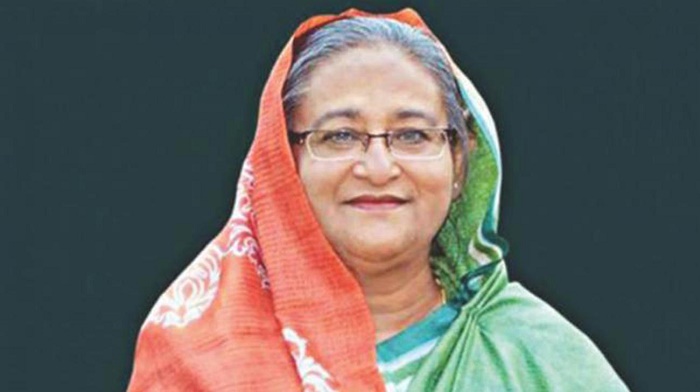 The 74th birthday of Prime Minister and Bangladesh Awami League President Sheikh Hasina will be celebrated across the country on Monday (tomorrow).

Sheikh Hasina, the eldest of the five children of Father of the Nation Bangabandhu Sheikh Mujibur Rahman and Begum Fazilatunnesa, was born at Tungipara in Gopalganj on September 28 in 1947.

Like previous years, Awami League and its affiliated organisations will celebrate the day through various programmes highlighting the life and achievements of Sheikh Hasina, who is driving the nation towards prosperity following the footsteps of her father Bangabandhu Sheikh Mujibur Rahman.

On the occasion, discussions, milad and doa mahfils, special prayers and photo exhibitions will be organised in the capital and different parts of the country, abiding by the appropriate health rules.

Sheikh Hasina spent much of her childhood in the small hamlet where she was born. She started her schooling there. When Bangabandhu was elected a legislator, his family shifted to Dhaka in 1954.

She was enrolled to what is now Sher-e-Bangla Girls’ School and College and later to Azimpur Girls’ High School from where she completed her secondary education in 1965. She was then admitted to Badrunnessa Government Girls’ College.

During her bachelor course, she was elected as the vice-president of the students’ union of Eden Girls’ College (That time, Badrunnessa and Eden Girls’ College was a single entity). Later, she enrolled into her Masters’ programme at the Bengali Department of Dhaka University.

In 1968, with the blessings of her imprisoned father, Sheikh Hasina who is leading the country as the prime minister for the third consecutive term got married to nuclear scientist Dr Wazed Miah.

During the Liberation War, Sheikh Hasina and her family were interned in a house in Dhaka. On July 27 in 1971, her first child Sajib Wazed Joy was born. Her second child Saima Wazed Hossain was born on December 9, 1972.

After the assassination of her parents in 1975, Sheikh Hasina and her family were offered political asylum in India, where she stayed till 1981 when she was elected as the president of the Awami League in her absence.

Sheikh Hasina returned home on May 17, 1981 when she was greeted by a mammoth crowd that extended from the Airport to Farm Gate and Manik Miah Avenue and she addressed a public rally.