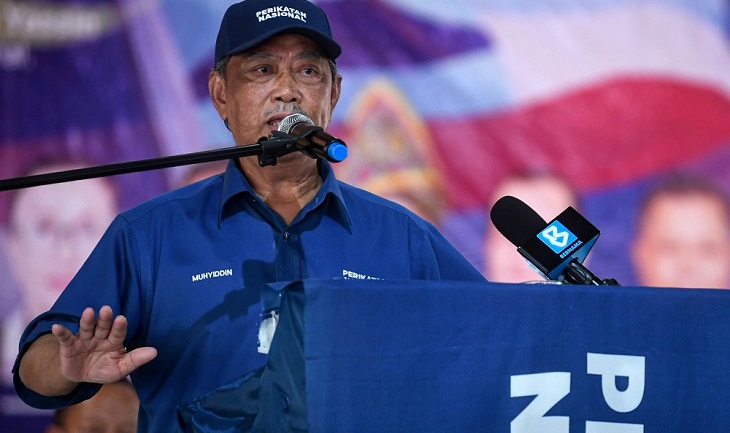 Malaysia’s embattled leader faces state elections Saturday that are his biggest political test since taking office, with analysts saying he desperately needs a win to strengthen his tenuous hold on power.

Adding to his problems, the election comes just days after opposition leader Anwar Ibrahim launched a bid to topple his administration, claiming he had mustered enough support from MPs to take over.

Malaysia has been gripped by political turmoil since the collapse in February of a reformist government, which was headed by Mahathir Mohamad and included Anwar, amid bitter infighting.

Muhyiddin seized power without an election and leads a coalition backed by a scandal-plagued party, but his administration has only a wafer-thin majority in parliament and critics say it is illegitimate.

The Sabah elections were called after a Muhyiddin ally launched a bid to take over the opposition-controlled local government. But rather than cede power, the chief minister dissolved the state assembly.

About 1.1 million people are eligible to vote for 73 assembly seats in the state on the northeastern tip of jungle-clad Borneo island, which is home to a dizzying array of indigenous groups.

Loose coalitions are backing the government and the opposition, but analysts say the vote is too close to call. Results are expected late Saturday.

The outcome will not directly affect the balance of power at the national level, but it is a key test of Muhyiddin’s popularity.

Despite taking power without a democratic vote, he has won praise for his government’s handling of the coronavirus outbreak, and received a 69 percent approval rating in a recent survey.

“He needs a win to show… that the high popularity he enjoys can be translated into votes on the ground,” Ibrahim Suffian, head of independent polling firm Merdeka Center, told AFP.

“If he loses badly, then the government could potentially collapse.”

Muhyiddin has faced pressure from his allies to call a general election soon to secure a stronger mandate, but some observers believe he wants to delay as long as possible.

That, however, may become difficult if he fares badly in Sabah.

Anwar’s power play has added to pressure on Muhyiddin but does not appear to have gained traction for now.

He has refused to reveal the number of MPs backing him while the king, who appoints the country’s premier, has postponed an appointment to see him due to ill health.