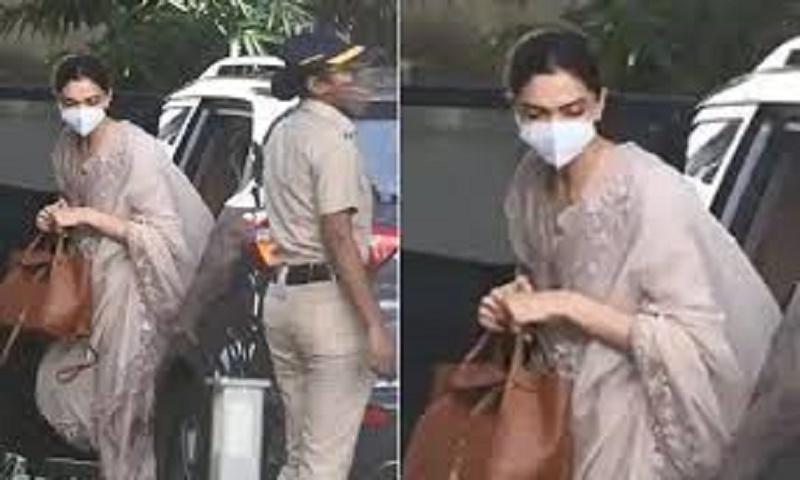 Deepika arrived at the NCB guest house in Colaba, from where the central agency is operating, in a small car around 9.50 am.

There is heavy police deployment outside the Narcotics Control Bureau (NCB) office, where barricades have been put up. Media personnel have gathered in large numbers for coverage.

Deepika has been summoned by the NCB as part of its probe into the alleged Bollywood-drugs nexus.

There were reports that Deepika's husband and actor Ranveer Singh had asked the NCB if he could also remain present during her interrogation. However, the NCB had on Friday clarified that it did not receive any such request.

Two other Bollywood actresses- Shraddha Kapoor and Sara Ali Khan- are also set to appear before the probe agency on Saturday, PTI reported.

Deepika's manager Karishma Prakash, who was questioned by the team on Friday, has also been asked to remain present for further questioning on Saturday, another official said.

Prakash's WhatsApp chats included conversations about drugs with one 'D' and the central agency wanted to find out who this person was, the NCB sources had said earlier.