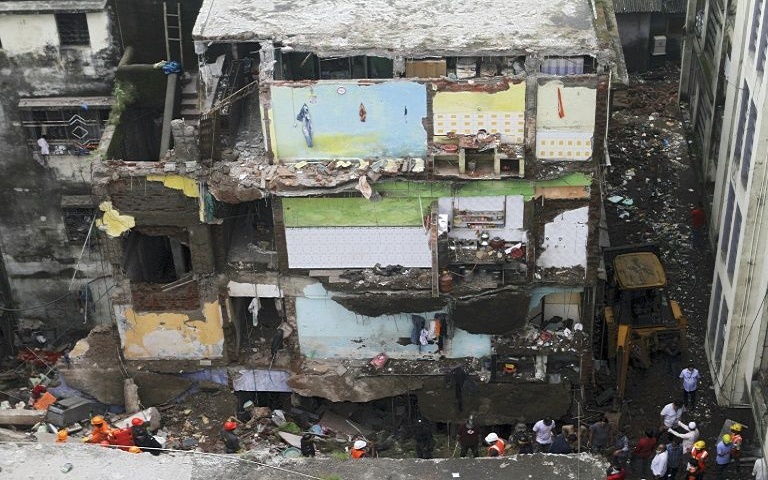 At least 13 people were killed and up to 25 still feared trapped Monday after a three-storey apartment block collapsed in western India, officials said, AFP reported.

Local residents cheered as emergency workers from the National Disaster Response Force (NDRF) pulled 20 survivors — including two boys aged four and seven — from the rubble of the building in Bhiwandi, near Mumbai.

An official at the Thane city authority, which oversees Bhiwandi, said that more than 40 emergency workers were helping search for survivors.

The cause of the pre-dawn accident was not immediately clear, but building collapses are common during India’s June-September monsoon, with old and rickety structures buckling after days of non-stop rain.