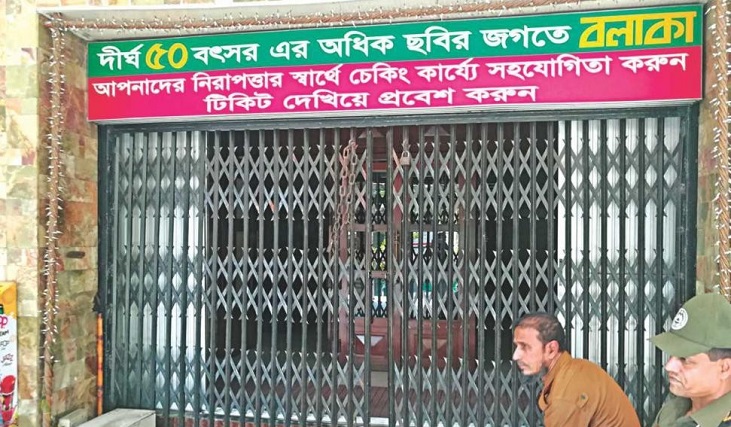 The cinema halls are all set to reopen from October 16 maintaining health guidelines if the Covid-19 situation in the country does not deteriorate further.

Information Minister Dr Hasan Mahmud made the disclosure after a meeting with Film Producers-Distributors-Directors Association leaders at the secretariat on Monday.

He said, “Discussions on reopening of the theatres has been continuing for long. We sat a meeting at the beginning of August. We decided on that get-together to come up a final decision after a meeting around September 15. We discussed elaborately on that issue today.”

He further said, “We concluded that we can reopen the movie theaters from October 16, if the current reducing trends of corona situation continue in the country. We must take consent of Prime Minister Sheikh Hasina on this issue.”

Amid the fear of the COVID-19, the cinema halls all over the country have been in lockdown mode since March 18 which has caused  havoc in the cinema industry bringing catastrophic losses for producers, actors, directors, associated casts and crew members and most importantly, the cinema halls - where the audience see the movies.

On August 25, the Executive Committee of the National Economic Council (Ecnec) Chairperson and Prime Minister Sheikh Hasina asked the authorities concerned to create a special fund to provide financial support to the owners of cinema halls through a big project, in order to revive their business through grants and loans. The directive came as many movie houses have been left abandoned or damaged across the country.