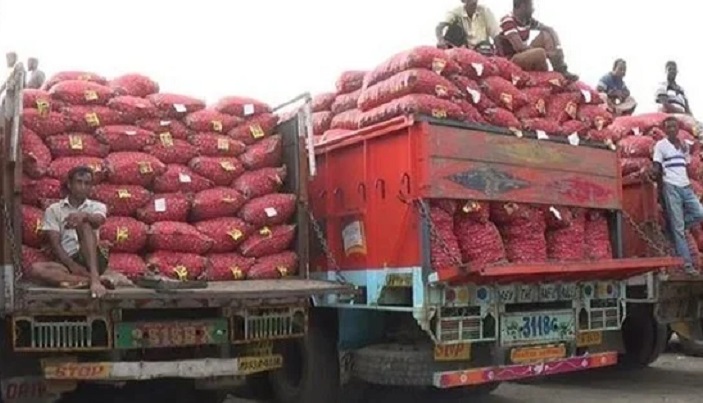 In a late night development after hectic parleys with Bangladesh High Commission in New Delhi and Indian Foreign External Affairs and Commerce Ministries have agreed to allow over 25,000 tones of onion which are stranded in the border of West Bengal  to crops over border to Bangladesh.

It was a great achievement by the Bangladesh mission as the relationship between India and Bangladesh was much important.

India think that during the Mujib Borsho, it was unnecessarily created a confusion between the two countries which should not happened at first place. With great pain Bangladesh Government had to send a note verble to Indian government for the stoppage of onions export, said a highly placed source of the government of India.

It is expected that the stranded trucks loaded with onions will start crossing border soon. At the moment the basic order for ban was not withdrawn but the LC order have been ordered to cross over.