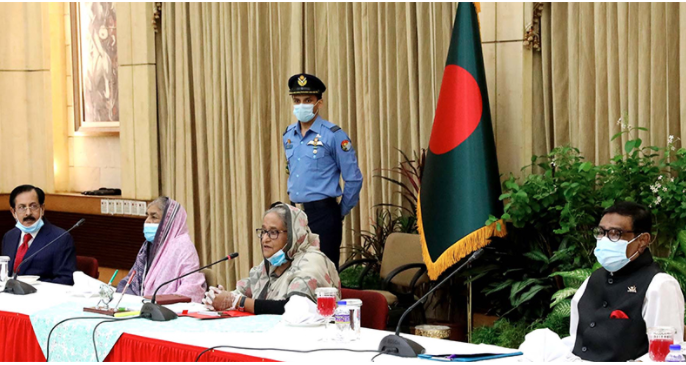 The instruction was given from a meeting of the AL presidium with party President and Prime Minister Sheikh Hasina in the chair at her official residence Ganabhaban in the morning.

As per the directives of the Prime Minister, AL General Secretary and Road Transport and Bridges Minister Obaidul Quader revealed the information at a virtual briefing from his official residence in the city after the party’s presidium meeting.

He said along with AL joint general secretaries and organizing secretaries, party’s presidium members will also work for forming the committees. Members of AL Central Working Committee will be included in different committees, he added.

The AL general secretary also said that the secretariat members of the central working committee, who are yet to submit their respective subcommittees, have been asked to submit those within the next one week after consulting with their concerned chairmen.