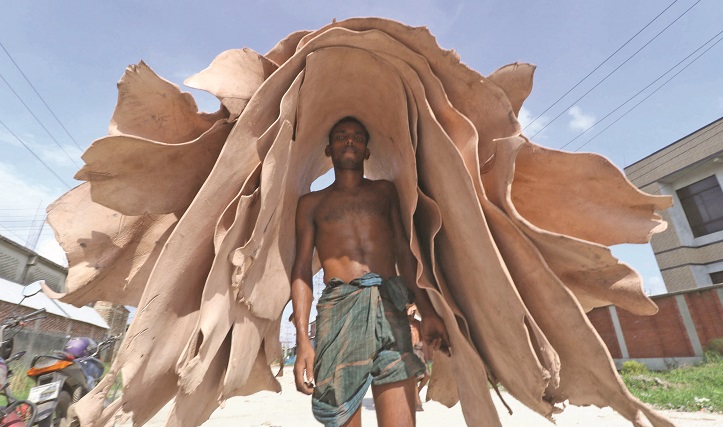 The government has raised minimum monthly wages for leather and footwear sector workers by 94.41 percent to Tk 7,100 in the new wage board.

The ministry of labour and employment in a gazette notification has finalized the minimum wages following the recommendations of Minimum Wage Board.

They have fixed the minimum wages for this sector nearly a year after the wage board was formed to review the salary structure.

The government has for the first time incorporated a provision for an annual increment of 5 per cent of the basic pay.

The government has categorized six grades for workers and four grades for employees of the leather goods and footwear sector in the latest wage board.

According to the gazette, the government has fixed 50 percent of the basic pay as house rent for the factories located in divisional cities and it will be 40 per cent for mills located in other cities.

A medical allowance of Tk 600 for all grades of workers has been fixed while Tk 350 and Tk 900 have been fixed as transport and food allowances respectively.

An apprentice would receive a total of Tk 5,500 as monthly wage. A worker’s apprentice period would be three months and additional three months could be extended if his or her performance is not satisfactory.

According to the sector people, there are about 200 big factories in the leather goods and footwear sector and there are hundreds of small units across the country. Seven to eight lakh people are working in the sector.