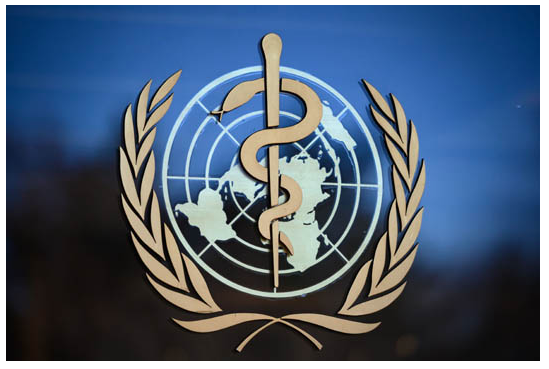 The World Health Organization says it does not expect widespread immunisation against Covid-19 until mid-2021, despite growing expectations in the United States, the worst-hit nation, that a vaccine could be released within weeks.

The Geneva-based WHO also insisted it would never endorse a vaccine that has not proven safe and effective, amid concerns over the rush to develop a jab for Covid-19.

The disease has killed nearly 870,000 people and infected more than 26 million others worldwide as well as upended hundreds of millions of lives and wreaked havoc on the global economy.

The UN health agency welcomed the fact that a “considerable number” of vaccine candidates had entered final stage trials, which typically involve tens of thousands of people.

But “in terms of realistic timelines, we are really not expecting to see widespread vaccination until the middle of next year,” WHO spokeswoman Margaret Harris said.

Russia has already approved a vaccine, and research published in The Lancet medical journal on Friday said patients involved in early tests developed antibodies with “no serious adverse events”.

But scientists cautioned the trials were too small — just 76 participants — to prove safety and effectiveness.

Washington has also urged US states to get ready for a potential vaccine rollout by November 1, sparking concerns President Donald Trump’s administration is rushing to begin distributing a vaccine ahead of the November 3 election.

The United States has suffered the largest number of deaths and infections of any country in the world. Under normal procedures, test administrators must wait for months or years to verify that vaccine candidates are safe and effective.

But there has been massive pressure to roll out a vaccine quickly as the pandemic continues to take its toll.

Celebrities and public figures have not been spared, with Italy’s flamboyant former premier Silvio Berlusconi taken to hospital with the disease.

Also on the list are movie stars Tom Hanks and more recently Robert Pattinson, whom Hollywood trade publications said contracted the disease while filming the latest Batman movie in Britain.

Berlusconi spent the night in a Milan hospital where he is being treated for a lung infection but where is condition is said to be “encouraging”.

The 83-year-old billionaire tested positive earlier this week after returning from a holiday on Sardinia’s jet-set Emerald Coast.

All over the world, businesses and individuals are counting the cost of the pandemic, as flare-ups continue to force governments into imposing restrictions.

France registered 8,975 new coronavirus cases over the past 24 hours, its highest daily figure since the pandemic swept into the country last March.

The rise comes as Paris and other cities have started requiring face masks in all public areas, including for children above 11 who returned to school this week. The 46th Deauville American film festival in Normandy opened Friday evening with people wearing masks and social distancing. But there were few, if any American movie stars this year.

Even in areas where curbs have eased, those who can work from home prefer to keep doing so rather than return to the office.

In London’s normally bustling centre, eateries once packed with customers are suffering.

British Prime Minister Boris Johnson’s government is trying to encourage people to return to the office, but that is easier said than done.

Oil giant BP, which is slashing 10,000 jobs after the pandemic crushed energy demand and prices, is actively encouraging non-frontline staff to work from home.

At Barclays, HSBC and Lloyds banks, meanwhile, much of the staff is working remotely.

It is not all bad news, though.

Both the US and Canadian economies added jobs in August, in a tentative sign of recovery from the pandemic. And for businesses in specific sectors like personal protective equipment, Covid-19 has triggered such fierce demand that they are struggling to keep up.

Malaysian rubber glove manufacturer Top Glove said it is seeing orders for 11-12 billion a month, compared with 4.5 billion prior to the pandemic.

The downside? Customers must now wait much longer for their orders to be filled than the normal delivery of 30-40 days, said chief executive, Lim Wee Chai.

In addition, with raw materials in short supply, production costs are also rising.