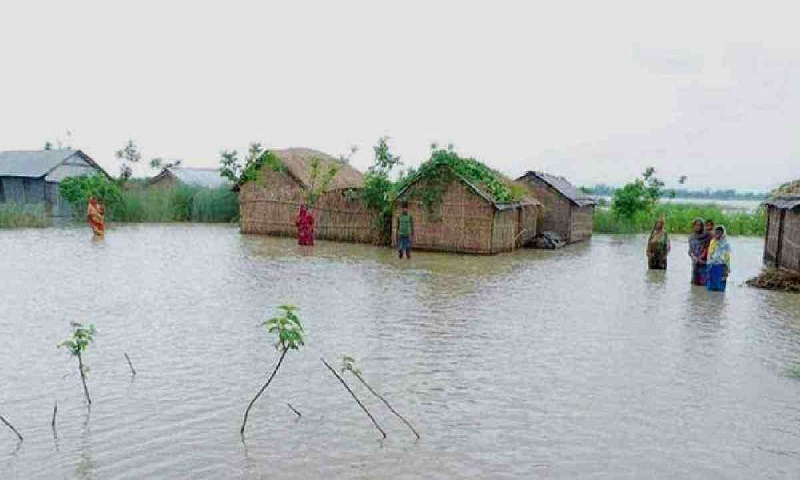 The rivers washed away or damaged educational institutions in 40 districts including Chandpur, Shariatpur, Lalmonirhat, Madaripur, Netrokona, Manikganj, Rajshahi, and Munshiganj.

According to the reports of authorities concerned, some educational institutions were completely destroyed while others were partially damaged by the flood.

Educational institutions remain closed due to the corona pandemic since March 17 but after reopening, many students will not be able to go the schools without renovation of the damaged institutions in the flood-hit areas.

Directorate of Secondary and Higher Education (DSHE) and Directorate of Primary Education (DPE) officials said they have already taken initiatives to repair the damaged institutions and set up new school buildings on a priority basis once the floodwater recedes.

According to the sources of the DSHE and DPE, as many as 4,809 educational institutions, including 3,913 primary schools and 896 high schools and colleges, were damaged in the flood-hit areas across the country.

The affected educational institutions include at least 896 schools and colleges under the DSHE across the country. Of those, 186 in DSHE’s Rajshahi area, 176 in Dhaka, 13 in Cumilla, 296 in Mymensingh, 145 in Rangpur, 57 in Sylhet and 23 schools and colleges are in Khulna area.

“We prepared a list of the damaged schools and colleges and took initiatives to repair those damaged educational institutions,” he added.

Meanwhile, some 3,913 primary schools were affected across the country by the flood. Of them, 1460 primary schools are in Dhaka division, 750 in Rajshahi, 665 in Rangpur, 582 in Sylhet, 368 in Mymensingh, and 52 in Chittagong division.

Around Tk 80 crore will be needed to repair and build new structures of the affected primary schools across the country, he added.

Mentioning that DPE has financial allocation, its Director-General M Fashiullah said: “We took initiatives to repair the infrastructural damage of these institutions.”

“Rapid renovations works will be taken up after completing the assessment of the damage and new buildings will be built where necessary,” he said.

Although the number of foot-hit educational institutions are around 5,000 as per the DSHE and DPE estimates, the actual number of affected institutions would be around 7,000-8,000, said the insiders.

According to the Disaster Management and Relief Ministry, this year flood affected a total of 40 districts but 33 districts have been most affected.

The flood hit in four phases, the first one started on June 26, the second one on July 10, the third one on July 19 and the last one hit the coastal belt on August 18.

State minister for disaster management and relief Md Enamur Rahman said, “The recent floods have affected 40 districts and caused damaged worth Tk 59.72 billion in the country.”

The officials of the Education Engineering Department (EED) said they are also collecting the list of the damaged intuitions through Deputy Commissioners (DC), Education officers and EED local engineers since the start of the flood.

Mentioning that they have sufficient fund allocation, an official of the EED said they are working to repair the damaged institutions.