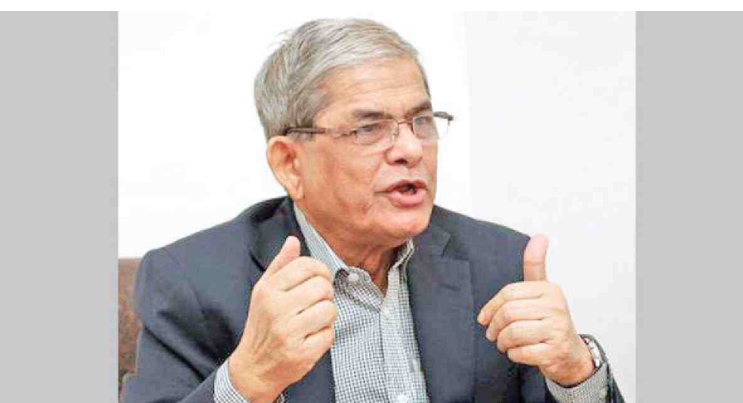 BNP on Saturday alleged that the current government has made enforced disappearance as its main political programme to continue its ‘despotic’ rule by eliminating its opponents.

“The panic of disappearance has been prevailing everywhere in Bangladesh. Crimes against humanity and atrocities such as enforced disappearances and extrajudicial killings emerge from misrule,” BNP Secretary General Mirza Fakhrul Islam Alamgir said in a statement.

The party issued the statement on the eve of International Day of the Victims of Enforced Disappearance to be observed in the country as elsewhere across the globe.

Mentioning that enforced disappearance is a symbol of one-party misrule, Fakhrul said it has now become a regular affair for the law enforcers of the ‘autocratic regime’ to pick the proactive opposition leaders and activists up.  “They make the opposition activists and dissidents disappear for a short or long time or forever.”

He alleged that enforced disappearance has been used as a key tool to remove the obstacle towards sustaining one-party ‘authoritarian’ rule abolishing opposition parties.

Fakhrul said a terrible anarchy has created in the country due to continued incidents of enforced disappearance as it is the means of survival of the current government ‘usurped’ power without public support and voters’ ‘mandate’.

“If this trend continues, Bangladesh will plunge into the deep darkness of anarchy and the normal life of people will be completely disrupted. Let’s unite to bring back democracy,” he said.

Fakhrul said crimes against humanity such as the incidents of enforced disappearance, kidnapping, killing and extrajudicial killing will be eliminated and comfort will return to the public life if only a genuine democratic government is installed through a fair election.