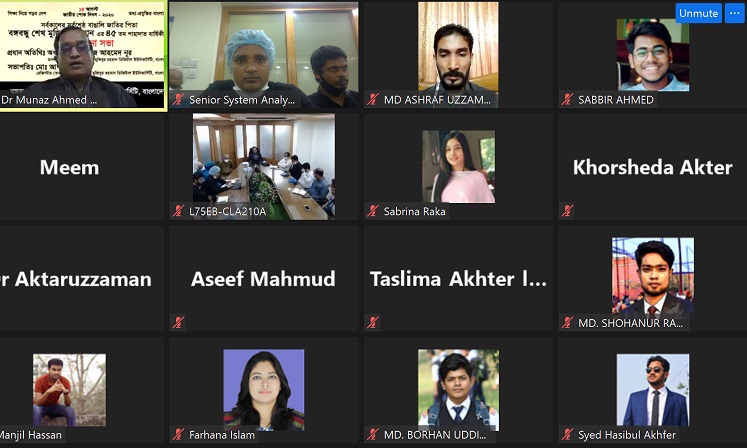 He also calls for bringing the collaborators of the Bangabandhu killers under trial.

Professor Munaz came up with the call in a virtual meeting and dua mahfil organized by BDU on the occasion of the National Mourning Day on Saturday afternoon, said a press release.

VC Munaz Ahmed Noor said, “Bangabandhu is a great achievement for this nation and the country. The Bengali nation has got the opportunity to establish their right due to the qualitative leadership of Bangabandhu. The independence of the country could not be achieved if a great leader like him did not appear. Bangladesh and Bangabandhu is one and unique.”

Twelve ex-military officers were sentenced to death for the August 15, 1975 killing of Father of the Nation Bangabandhu Sheikh Mujibur Rahman along with most of his family members and six of them were executed while one died a natural death.