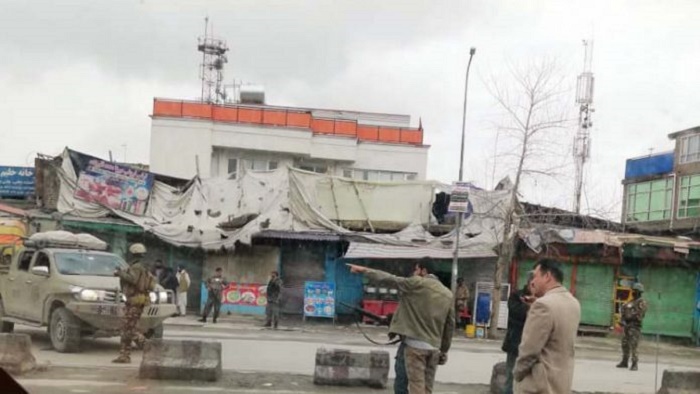 The gurudwara in Kabul that was bombed in March (Photo: ANI)

One of the three suicide bombers involved in the attack on a gurdwara in Afghanistan’s capital Kabul on 25 March is not an Indian national from Kerala’s Kasargod as suspected, ThePrint has learnt.

Authorities carried out a DNA test on the bomber, suspected to be 21-year-old Muhammad Muhsin alias Abu Khalid al-Hindi, but found him to be an Afghan national.

A report stating that the bomber was “not Indian” was then sent to the Indian intelligence agencies, and the information was also conveyed to the National Investigation Agency (NIA), sources in the security establishment told ThePrint.

On 25 March, three gunmen stormed the gurdwara where hundreds had gathered for prayers, killing 25 people, including an Indian national.

The Islamic State-Khorasan Province (ISKP), the Afghanistan arm of the terror group Islamic State, claimed responsibility for it.

The Amaq News Agency, which is affiliated to the IS, released a photo of one of the gunmen holding a Type 56 assault rifle and pointing his finger up in the ‘Tawhid’ salute, a Muslim gesture used to signify the oneness of god, which is often used by IS terrorists as a symbol for their cause.

The investigating agencies suspected the photo to be that of Muhsin, a native of Kasargod, who reportedly joined ISIS with 14 others in 2016.

India’s NIA had registered its first cross-border case to investigate the Kabul attack, since an Indian was killed on a foreign land and one of the bombers was suspected to be an Indian.

However, since the man has now been found to be an Afghan national, it may affect the investigation.

The development has also put in question recent speculation that one of the bombers involved in the 3 August Jalalabad jail attack, which left 29 people dead, was also from Kasargod in Kerala.

Investigation agencies in India suspect that the bomber is Kalukettiya Purayil Ijas, who had left for Khorasan province in Afghanistan from Hyderabad in the same ‘batch’ of recruits as Muhsin, and had been working with the ISIS since then.

That, however, might not be true, as sources in the security establishment say Jalalabad attack bears signs of being a Haqqani network operation, not the ISIS.

The Haqqani network is an Afghan guerrilla insurgent group using asymmetric warfare to fight against US-led NATO forces and the government of Afghanistan. It is an ally of the Taliban.

Sources said these attacks could have been carried out by the Haqqani network and the Taliban across Afghanistan, and re-branded as ISKP strikes.

“ISIS has lost its hold in Nangarhar, which was its haven at one point. Much of it was destroyed by the Lashkar-e-Taiba. It is difficult to say that these attacks are actually being carried out by ISIS,” a source said.

‘Dragging India into picture is part of propaganda’

The same source said most Indians recruited to the ISIS are in supporting roles such as doctors and engineers, not fighters.

“It is a fact that Indians are not taken in the fighting squad. It is difficult to believe that ISIS would send Indians for these missions,” the source said, adding that information about these bombers being Indian was “floated intentionally as part of propaganda”.

“This could be a bid to put India in the picture and pitch it against Afghanistan. Till now, everyone thought that the Kabul attack bomber was Indian, but now it has been confirmed that he is not. Now, it has been floated that the Jalalabad attacker was a doctor from Kerala, which too is a mere speculation. No comments should be made unless it is confirmed,” the source said, adding that if the Haqqani network is identified as the attacker, it will put Pakistan in the dock.