Covid-19: Over 165 people die on average per week in Bangladesh 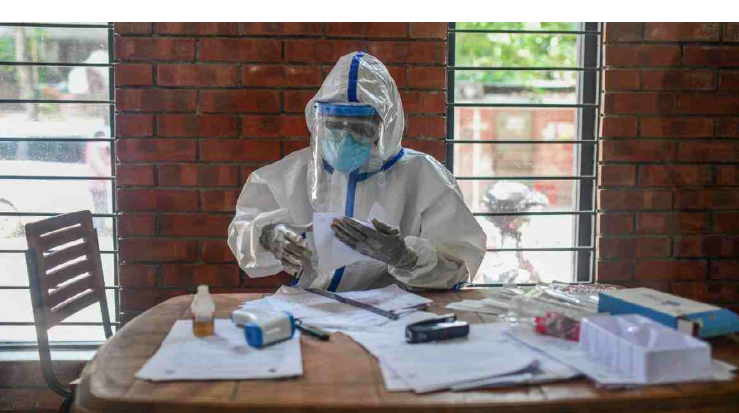 With 39 additional deaths reported in the last 24 hours, the death toll in Bangladesh from Covid-19 has gone up to 3306 on Thursday.

On average, some 165.3 deaths have been recorded per week since March 18.

During the period, 2,977 new cases have been detected by the health authorities after testing 12,708 samples.

These data were revealed at the daily online health bulletin of the Directorate General of Health Services (DGHS) broadcasted from Mohakhali.

Seventeen patients died in Dhaka, seven in Chattogram, four in Khulna, one in Mymensingh, six in Rangpur and Rajshahi and four in Barishal and Sylhet divisions during the period.

At present 18,674 people are in isolation while 52,820 are home and institutionally quarantined in the country.