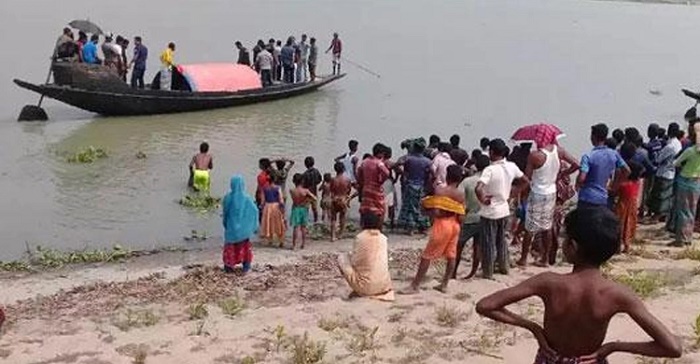 Three bodies were recovered on Sunday morning after a boat capsized in Dhanu river at Chowganga union in Maguri area under Itna upazila of Kshoreganj on Sunday evening.

The deceased were identified as Hiramoni, 5, daughter of Barju Mia, hailing from Maguri village of the upazila, Sumaiya, 18, wife of Md Mokhlesh Mia and boatman Hasan Ali, 70, from the same area.

According to locals, the boat carrying some passengers capsized in the Dhanu river caught by a gusty wind while some people were returning to their home from Kurshi village, leaving three of them went missing.

Local people rescued eight passengers of the boat alive after the incident.